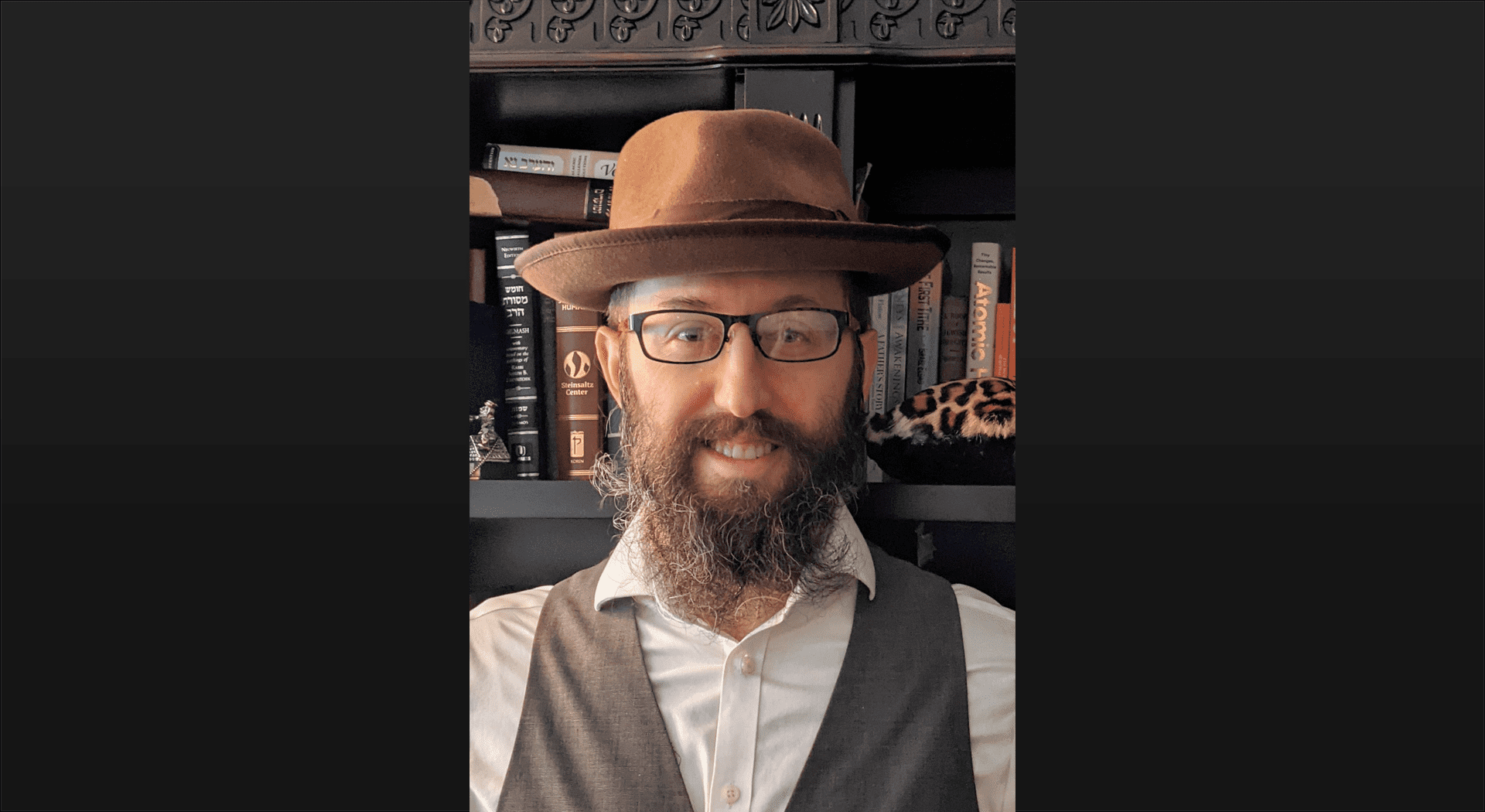 They beat a pandemic in the Warsaw Ghetto. We can do it now.

I‘m sick of this pandemic. Millions have died. More have suffered. Half the people on the street are wearing masks. The other half aren’t. Many of them are arguing with each other, sometimes violently. Nobody seems to know which rules or guidelines are best practices. Or if they even work. In these unprecedented times, we’ve slipped back to the same old blame game for political gain. And all this when a return to some form of normalcy is tantalizingly within reach.

But these aren’t unprecedented times. Pandemics have plagued our planet throughout human history. Smallpox, tuberculosis, dysentery, cholera, malaria, the bubonic plague. The Plague of Athens (430 BCE), the Justinian Plague (531 CE), the Black Death (1350) and the Great Influenza pandemic of 1918 which infected one third of the world’s population and  killed more than 50 million people. Our species has faced these brutal microbial killers in our past. And now Covid-19.

The Spanish-American philosopher George Santayana once said, “Those who cannot remember the past are condemned to repeat it.” Therefore, I believe it prudent to scour our past for the epidemiological lessons that can inform our present.

Furthermore, learning from our past is morally compelling  in order to ward off our community from turning on each other due to  widespread panic over public health concerns, and misinformation. Indeed, history has a horrific track record of humanity’s fear of disease being deployed as a pretext for mass genocide. We don’t have to look all the way back to 1918 to find an example of a technologically advanced society justifying the murder of their own neighbors based on racially guided epidemiological principles. We can find this cancerous ideology present in the 1942 liquidation of the Warsaw Ghetto in Nazi Germany.

Nazi rationalization to cram at least 450,000 people into a less than 1.5 square mile prison was predicated upon a scientific discourse of national hygiene. Of course, this wasn’t the only excuse for the Nazi’s pandemic of bigotry and anti-Semitism, but their propaganda machine castigated Jews as being at fault for the spread of typhus and other diseases. This quickly devolved into blatant anti-Jewish rhetoric portraying the Jew as the disease itself, thereby necessitating, in a twisted and evil logic, a Final Solution. In other words, the attempted mass murder of an entire race can be traced back to the eerily familiar blame game of who’s at fault for spreading a pandemic.

In a recent study published by Science Advances, mathematician and disease modeler Professor Lewi Stone from RMIT and Tel Aviv University led a team of researchers from Hong Kong, Amsterdam and Berlin who reassess what occurred in the Warsaw Ghetto in order to ensure society grasps “…how a virus or bacterium can create utter havoc, dragging humankind to this terminal point of evil.” The results of their study contain some startling lessons for our modern battle against the spread of the Covid-19 pandemic.

For starters, the relocation of Jewish victims en masse into the Warsaw Seuchensperrgebiet — restricted disease area – began in November 1940 with a nine-foot brick “epidemic wall” to ensure social distancing guidelines were maintained.

“Nazi rationalization to cram at least 450,000 people into a less than 1.5 square mile prison was predicated upon a scientific discourse of national hygiene.”

“With poor conditions, rampant starvation and a population density 5 to 10 times higher than any city in  the world today, the Warsaw Ghetto presented the perfect breeding ground for bacteria to spread Typhus  and it ripped through the mainly Jewish population there like a wildfire,” Stone says. “Of course, the Nazis  were well aware this would happen.” Ludwik Hirszfeld, the eminent bacteriologist and Nobel Prize nominee living in the ghetto at the time, confirmed this and said on record“…typhus [in the Warsaw Ghetto] was created by the Germans.”

As many as 120,000 ghetto inmates were infected by Typhus, with up to 30,000 dying directly from it and  many more from starvation or a combination of both. This of course pleased the Nazis, whose genocidal scheme allowed them to allege soon after that “the  murder of three million Jews in Poland was unavoidable for reasons of public health.” It was a historically  documented case of disease being used as a weapon of war and as a pretext for genocide.

Nevertheless, efforts to quarantine, social distance, and combat the epidemic were instituted by the Jewish leadership and physicians. Adina Blady-Szawjger, a surviving doctor of the Warsaw Ghetto, called these efforts “superhuman medicine.” These efforts surprisingly worked and, by November 1941 the epidemic began to die out.

“Then, in October 1941, as a harsh winter was beginning and just as Typhus rates would be expected to  skyrocket, the epidemic curve suddenly and unexpectedly nose-dived to extinction,” Stone said. “It was  inexplicable at the time and many thought it was a miracle or ‘irrational.’”

The team’s mathematical modelling, designed with theoretical ecologist Yael Artzy-Randrup from University  of Amsterdam together with modelling and statistical analysis carried out by Daihai He from Hong Kong  Polytechnic University, shows the epidemic was in fact on track to become 2 to 3 times larger and peak in  the middle of winter, just before it disappeared.

By July 1942, the typhus epidemic was completely over. Of course, this didn’t stop the Nazis from deporting a quarter million of the survivors of the ghetto to their deaths in the gas chambers of the Treblinka extermination camp in a period of six weeks.

So how did the victims of the Warsaw Ghetto beat the pandemic, under the most trying of conditions?

Towards the start of the typhus epidemic, new arrivals to the ghetto were made to undergo a mandatory quarantine for 14 days. Interestingly, this was originally instituted by the Nazis as a means of psychological torture. Social distancing was considered basic common sense, and home quarantining was not uncommon. But the most important factor of the battle against the disease wasn’t social distancing but education, sanitation, hygiene and cleanliness.

Stone’s team found evidence of well organised training courses covering public hygiene and infectious diseases, hundreds of public lectures on the fight against the epidemic, and an underground medical university for young  students.

General hygiene and apartment cleanliness were encouraged and sometimes enforced. Additionally, proper nutrition and physical strength was a core part of the solution. Community kitchens opened and an intense effort was placed on smuggling in proper food. Many volunteer soup kitchens were opened up in the period before the epidemic’s decline. These efforts were hampered and often sabotaged by the Nazis.

“In the end, it appears that the prolonged determined efforts of the ghetto doctors and anti-epidemic efforts  of community workers paid off,” Stone says. “There is no other way we can find to explain the data.” When  the epidemic crashed, unusually, the community had no idea they might have been responsible or what they had achieved. Sadly, the victims of the Warsaw Ghetto were dragged away to their deaths before realizing they had won the battle against the epidemic.  But we know.

If they could beat the pandemic in the Warsaw Ghetto, we can do it today. We have more advanced technology and medicine and don’t have to contend with the debilitating conditions of Nazi occupied Germany. All we need is the mental tenacity to remain vigilant with the guidelines that are working, and not sabotage our own efforts. At the bedrock of the behavioral changes in the Warsaw Ghetto was the trust the inmates placed in the science and scholarship of their physicians. We must do the same.

Of course, a consistent change in behavioral habits often requires a clear-headed mind. Which might be the reason the great Jewish leader, Rabbi Akiva Eiger, advised his community during the cholera epidemic of 1831 to “distance yourself from any sadness.” It has been a hard year. Many have suffered. Many continue to suffer. But, as the history of the Warsaw Ghetto teaches us, we can beat this pandemic. Together.

Ch Levi Welton is a Chassidic Jewish chaplain in the United States Air Force (USAF) with a full beard and an American ancestry dating back to before the Revolution. He was raised by his parents – a rabbi and a scientist – not in Brooklyn, NY but in Berkeley, CA only a few blocks away from the center of U.C. Berkeley. His father is disabled and a former social activist who took part in the 1977 504 sit-in protests in San Francisco. His mother, a PhD in microbiology, has two brothers, one a former National Parks Ranger in Monterey and the other a professional hippie. They raised him to love being a patriot, to stand up against discrimination, and to choose a career which can foster unity and celebration of diversity. He became a rabbi, psychiatric physician assistant, and USAF chaplain. He holds degrees in education, science, Talmudic law, and film. He was part of the Editorial Department that produced the 2011 Sundance award-winning film “Crime after Crime.”

previous post
Should Diaspora Jewry Have Influence In Israel’s Decisions?
next post
Making Connections, Making A Difference – From Flint to Israel