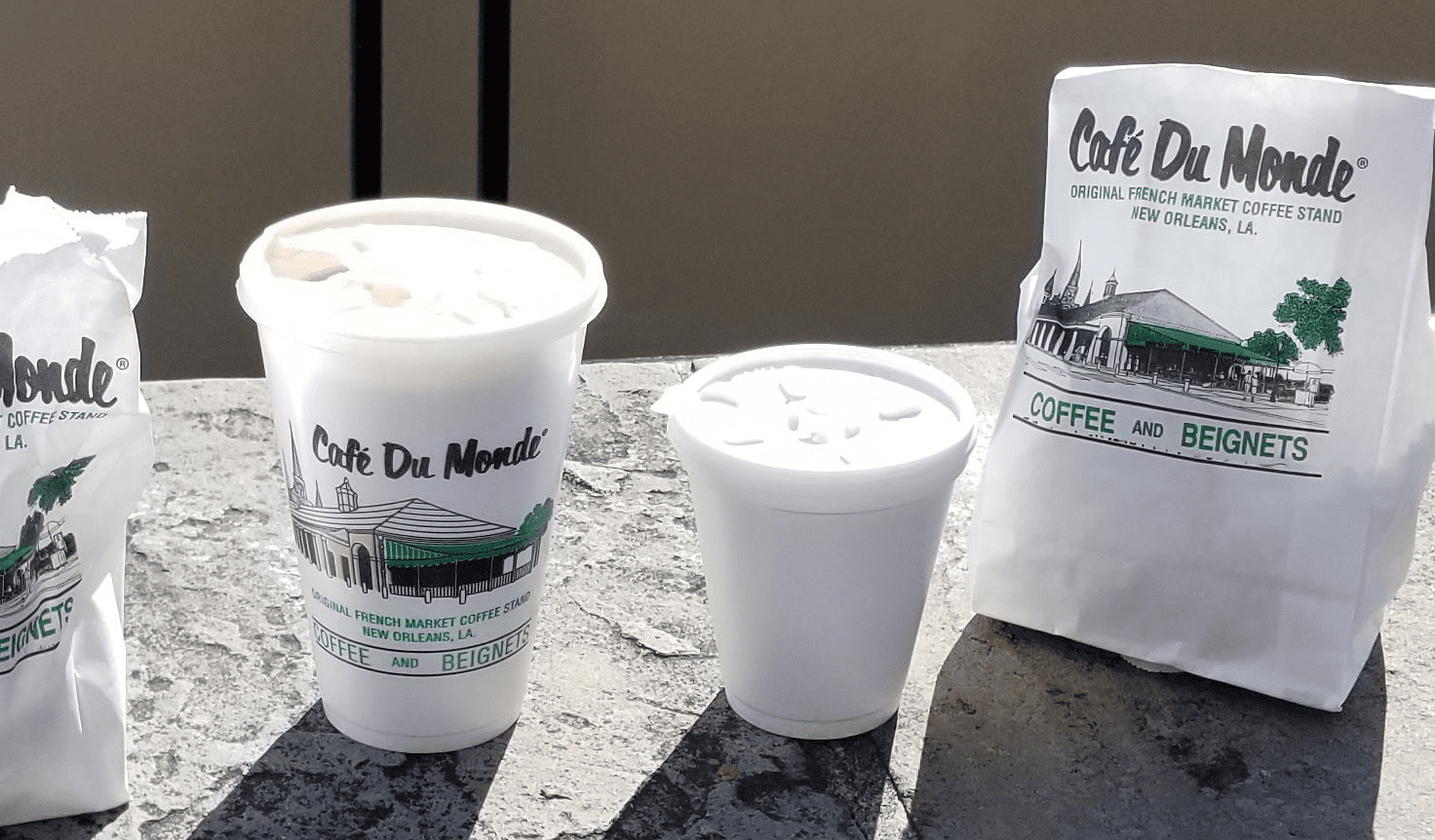 The first Jewish immigrant to New Orleans is believed to be a man named Isaac Monsanto. After his arrival in 1724, more immigrants would follow, seeking a new life in this “new” world. The community would thrive and contribute to this dynamic and colorful city.

There are many different ways to learn more about this culture’s role in shaping one of America’s most popular and historical cities. Below are recommendations for museums, tours, food, and events that can teach you more about the Jewish community and their importance to New Orleans, and the country.

The National WWII Museum is located in downtown New Orleans on a massive six-acre campus and is deemed the official WWII museum of the United States by Congress. 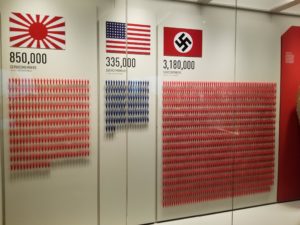 The National WWII Museum is located in downtown New Orleans on a massive six-acre campus and is deemed the official WWII museum of the United States by Congress. This museum is a must-see to learn more about the Jewish population in New Orleans and the rest of the world. There are virtual tours and exhibits if you can’t make it to New Orleans for a visit, and the website has a wealth of informational articles about Jews during the war.

The museum is open daily from 9-5. However, they are closed on Mardi Gras Day, Thanksgiving, Christmas Eve, and Day. You can take pictures, but be careful not to use flash or recording in certain areas. It takes around four hours to see the whole museum. If you get hungry during your visit, there are two places you can eat. The American Sector Restaurant and Bar boasts a victory garden-to-table menu for lunch. It’s open from 11:00 a.m-4:00 p.m. The more casual Jerry Nims Soda Shop features sandwiches, breakfast, and sweets and is open from 8:00 a.m.-3:00 p.m.

The Museum of the Jewish Experience is located at 818 Howard Avenue and is just a few blocks away from the WWII museum. This museum highlights the Jewish community and their contributions to the American South through stories and exhibits. The website encourages others to share their experiences as well.

The museum opened in 1986 in Utica, MS, as a summer camp for Jewish children. The vision of the camp director, Macy B. Hart, was to support the preservation of Jewish culture in the deep South. In 2000, it expanded to become the Goldring/Woldenburg Institute of Southern Jewish Life (ISJL). Unfortunately, it was closed in 2012 due to being inaccessible to the general public. Wanting more people to be able to learn about the richness of Jewish culture and history, New Orleans was chosen as the institute’s new home.

The museum is open six days a week from 10:00 a.m.-5:00 p.m. It’s closed on Tuesdays. It’s also closed on New Year’s Day, Mardi Gras, Rosh Hashanah, Yom Kippur, and Thanksgiving and Christmas Days. Special ticket prices are offered for groups. Schools can also schedule field trips which give students access to on-site classes, tutorials, historical debates, and even arts and crafts. Schools are provided with pre and post-visit materials for the tours. The museum also hosts discussions, live events, and special exhibitions. The calendar is on their website. This two-hour walking tour through the French Quarter highlights Jewish contributions to New Orleans. The tour explains how Jews migrated to the area after being expelled from Spain and Portugal. It describes how this vibrant culture enhanced New Orleans’ food, culture, and music.

This tour is by appointment only, and the size of the group determines the price. There are discounted rates for individuals, though, and longer full-day tours can be scheduled. Please wear comfortable walking shoes as walking through the French Quarter’s uneven cobblestone sidewalks can be challenging to navigate for some.

While not a museum you can visit or a tour you can take, the Southern Institute for Education and Research has made a prolific impact in teaching others about the Holocaust and Jewish history.  Founded in 1992, the institute provided training to teachers in Louisiana, Mississippi, Alabama, and Florida. They did have survivors who would come to schools to share their stories at one time. They offered teacher workshops and teaching guides on how to teach the Holocaust and have testimonies of survivors on their website that anyone can view. The institute closed in 2015 but still provides materials online for educational purposes.

Are you looking to eat kosher during your stay? Or want to sample some Jewish cuisine? These places are recommended by the Jewish Federation of Greater New Orleans as some of the best the area offers.

Waffles on Maple isn’t just about waffles. However, you could spend days there and not try all their waffle offerings. Their menu also features crepes, breakfast sandwiches, and omelets for breakfast. For lunch, they have pizza, paninis, and sandwiches. During King Cake season, you can get kosher and gluten-free King Cakes. 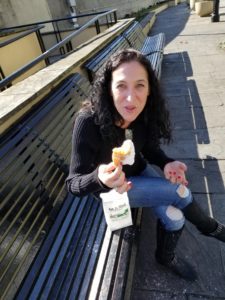 Café’ du Monde was certified by a Rabbi in New Orleans and continues to draw in Jewish tourists worldwide. Their menu features the tasty and sweet beignets and the local coffee, café au lait. Café’ du Monde is open twenty-four hours a day, but be prepared to stand in line. Not to worry, though, waiting in line is also an experience as you watch tourists pass by while being serenaded by a local street musician.

HK stands for “Hippy Kitchen,” and not only is it kosher, but it’s also organic and uses non-gmo ingredients. The menu features healthy sandwiches, salads, unique rolls, and bowls. In addition, there are daily specials listed on the website. HK is open Tuesday-Saturday from 10:00 a.m.-3:00 p.m.

Kosher Cajun has been serving up delicious New York deli-style meals since 1987. They offer all kinds of sandwiches, soups, and salads. They offer a Passover menu that can be delivered to Gulfport/Biloxi,

Mobile, Pensacola, and Destin. They are closed on Saturday but open every other day of the week. They open at 10:00 and close at 7:00 on Mondays through Thursdays. They close at 3:00 on Friday and Sunday.

Initially founded in 1923 at the University of Indiana, Hillel has grown into the world’s largest Jewish campus organization. Tulane University in New Orleans has a facility at Tulane. Located in the Goldie and Morris Mintz Center for Jewish Life, their focus is on community involvement and fostering leadership in college students. They have meeting and study rooms for students and host special events like guest speakers, retreats, and banquets.

RIMON is a kosher, farm-to-table restaurant located inside the Hillel building on Tulane’s campus.

Held in March, LimmudFest is “a celebration of Jewish thought, culture, art, learning, teaching, and so much more.”  They call it a weekend festival of Big Tent Jewish learning on their website. However, last year’s event was virtual, and this year’s will be hosted in small groups. There is a Facebook page for the event as well.

Free and open to the public, this celebration honors one of  New Orleans’ greatest traditions, The New Orleans Jazz and Heritage Festival. Musical guests have included Ellis Marsalis, Irma Thomas, Marcia Ball, and Allan Toussaint. This event is held annually at the same time as JazzFest.

Although primarily a Roman Catholic Holiday, the Jewish community has embraced the Mardi Gras traditions. In fact, the first King of Carnival was Louis Soloman, a local merchant who helped fund the now-iconic Rex parade in 1872.

There are two Jewish sub-krewes that organize and plan Mardi Gras balls and parades. Those two marching groups, the Krewe du Mishegas and the Krewe du Jieux, parade through New Orleans seventeen nights before Fat Tuesday.

The Touro Synagogue, which hosts the JazzFest Shabat listed above, is on the parade route and builds stands for members and their guests to watch the parades, especially for the Saturday and Sunday parades the weekend before Fat Tuesday.

Infused with Jewish culture and history, New Orleans is a must-see for anyone who wants to learn more about these diverse and essential people. 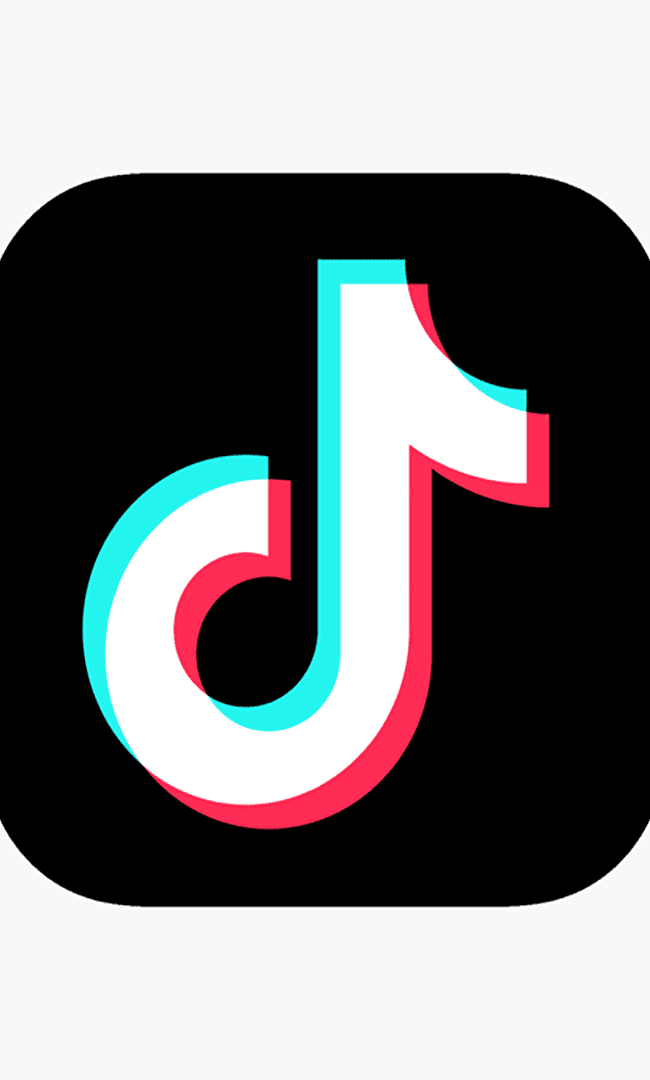