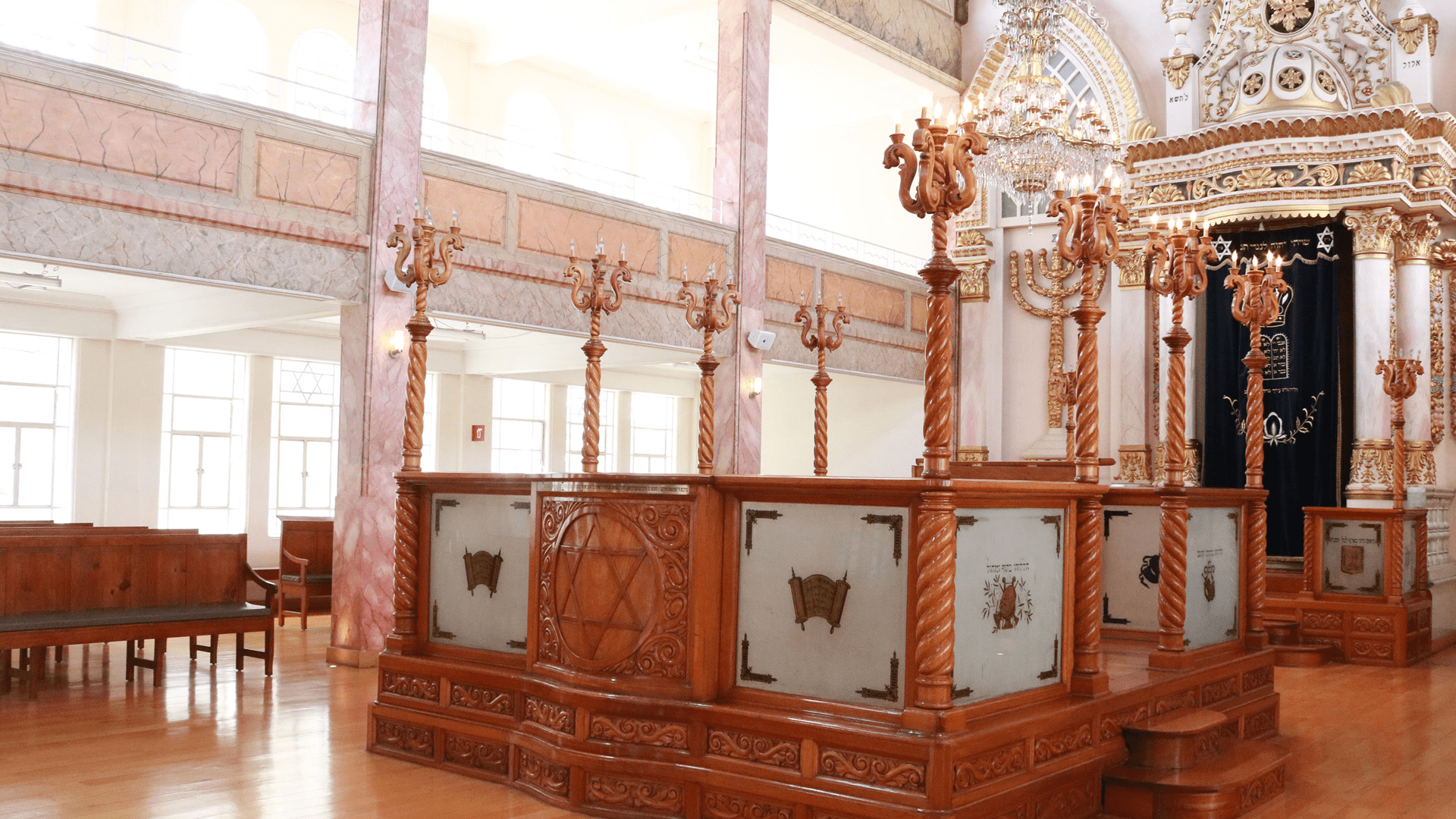 Should Diaspora Jewry Have Influence In Israel’s Decisions?

Awide ranging qualitative survey of the relationships between Israel and the Diaspora Jewish communities of Latin America was recently developed and conducted by our news website – enlacejudio.com.  Questions covered political and religious topics, explored individual and community relationships, and gathered rabbinical and leadership opinions.

Throughout the global Jewish community, a frequently discussed issue is this: Should world Jewry influence Israel’s internal policies?  To explore an opinion about this question, I designed and conducted a survey, asking Jewish leaders in Mexico, Colombia, Venezuela, Chile, and Brazil that question.  It is a relatively new inquiry as the modern sovereign State of Israel is relatively young. Only 72 years have passed since the establishment of the Jewish state.

Two communities that have been hard hit because of their connection to Israel should be particularly noted.  One is where the biggest Jewish population in Latin America lives, Argentina.  In 1994, the Jewish community of Argentina suffered a terrible blow: coordinated terrorist attacks against the AMIA (Argentine Israelite Mutual Association) Community Center, and the Israeli Embassy, murdered 85 and maimed hundreds.  Further, related to his pursuit of the terrorists, Prosecutor Alberto Nisman was assassinated in 2015, for which, even after 26 years, justice has not been achieved.

The issue of having a say-  in Spanish, “Voz y Voto,” Voice and Vote – the right to express an opinion and a vote to make it law, to fully participate in the process of decision making, is a frequently asked question. Moreover, having a Voice and a Vote includes the obligation of being informed. This is why we, the press, exist. Being an active part of the providing public information enables people to be informed, and not simply view Israel just as a faraway country where wars and other things happen.

Jews living in Latin America often suffer anti-Semitic threats and are sometimes accused of the tired trope of double loyalty. Individuals can be for or against an Israeli government, but one thing the survey indicated is that they feel they have the right to express their Zionism and connection to Israel.  They express it with their unconditional support.

Jews have created prosperous and thriving communities in Latin America, but there is a catch. Some Latin American countries have volatile governments; others are on the brink of military dictatorships. Even among multi-generational Jewish citizens, one eye is always looking towards Zion.

The second case is Chile. Chile is home to 15,000 Jews and 350,000 members of the Palestine Diaspora, many of whom hold positions in the Chilean government. The Jews in Chile face constant security challenges as well as daily expressions of anti-Israeli sentiment. This survey finds that they feel they are being neglected in regard to their needs for expertise and money to counter the Palestinian aggression there. This community complains about Israel’s lack of sensitivity and empathy towards their diaspora problems. Marcelo Isacson, leader of the Chilean Jewish Community told Jewish Views “Here, the situation is reversed. We helped strengthen Israel when it was in need. Now the Diaspora Kehilot (congregations) are the ones in need.” Will Israel react to these needs?

Sometimes, the communities are challenged when an Israeli leaders make conflicting statements. An example of this is what happened to the enthusiastically Zionist Mexican Jewish Community. In 2017, President Trump announced a huge wall to be built at the Mexican – American border, saying that Mexico will have to pay for the construction. Prime Minister Netanyahu tweeted his support, saying that border walls were very effective: “President Trump is right. I built a wall along Israel’s southern border. It stopped all illegal immigration. Great success. Great idea 🇮🇱🇺🇸.”

According to Marcos Peckel, a leader in the Colombian Jewish Community and member of the Executive Board at the World Jewish Congress, the Jewish communities of Argentina, Chile, and Uruguay are mainly Masortí – (Conservative) and Reform. Communities in the Northern part of Latin America are mostly Orthodox including in Perú, Colombia, Panama, Venezuela, and México. According to Fernando Lottenberg, a leader in Brazil’s Jewish communities, that nation’s Jewish affiliation is roughly two thirds Conservative and one third Orthodox.

In many countries there is a surge of Anusim, (claims of Jewish descent) who want to return to their roots and join the Jewish State. In some cases, those converted to Judaism by conservative rabbis face problems when making Aliyah (immigration to Israel).

Another controversy arises with the Masorti (Conservative) claim about the “Wailing Wall,” the Western wall of the Second Temple.  The demand that there should be one Kotel (Western Wall) for all causes controversy with Orthodox Judaism, the official denomination of Israel. In the opinion of many, this inclusive designation was an historic mistake made by Ben Gurion. This conflict causes a significant gap between some Latin American Jewish Communities and Israel. 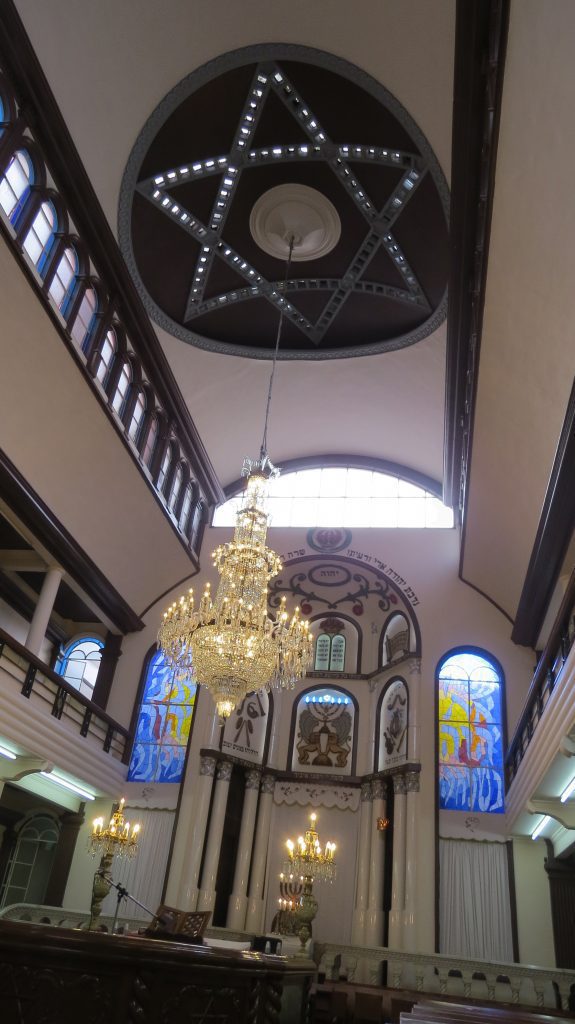 There is a compelling, practical need to reformulate the relationship between Israel and the Latin American diaspora: divorce would be a negative for both.

Rittner says “the fact that religion is part of politics causes a distortion of the dialogue, which becomes a dialogue of interests and power.  This has to be changed: religion should not be an element in the formation of governments or to seek monetary resources. The dialogue between (Israel and the diaspora) should be an effort to unite the different denominations.”

In some Latin American countries, the Israeli diplomatic delegation and local Jewish communities have had conflicts. The Israeli diplomatic representatives may be seen as not helpful and sometimes, like in the Brazilian case, openly critical of the local concerns and priorities.

Yet, in Mexico, for example, the current ambassador, Mr. Zvi Tal and his predecessor, Mr. Jonathan Peled, are examples of a fruitful, harmonic collaboration with the Jewish Community.

THE QUESTION: SHOULD THE DIASPORA HAVE A SAY IN ISRAELI POLICIES?

Generally, the diaspora has a lot to say, and with a perspective informed by both attachment and distance.  At times, however, there may be some disconnect or lack of interest from abroad. Sometimes there may be a slight arrogance on the Israeli side.

Nothing the Jewish people in its wisdom, anywhere in the world, cannot solve.

All photo credits for this piece: photos courtesy of enlacejudio.com

May Samra is a journalist in Mexico City. She was born in Lebanon, and at the age of 17 immigrated to Mexico. “As a young woman in Lebanon, I realized I would never have an opportunity to influence anything concerning what was then my country. Maybe this is the reason I became a journalist: to have the right and ability to make my voice heard.”

previous post
JV Discussion With Renowned Writer A.B. Yehoshua
next post
They beat a pandemic in the Warsaw Ghetto. We can do it now.