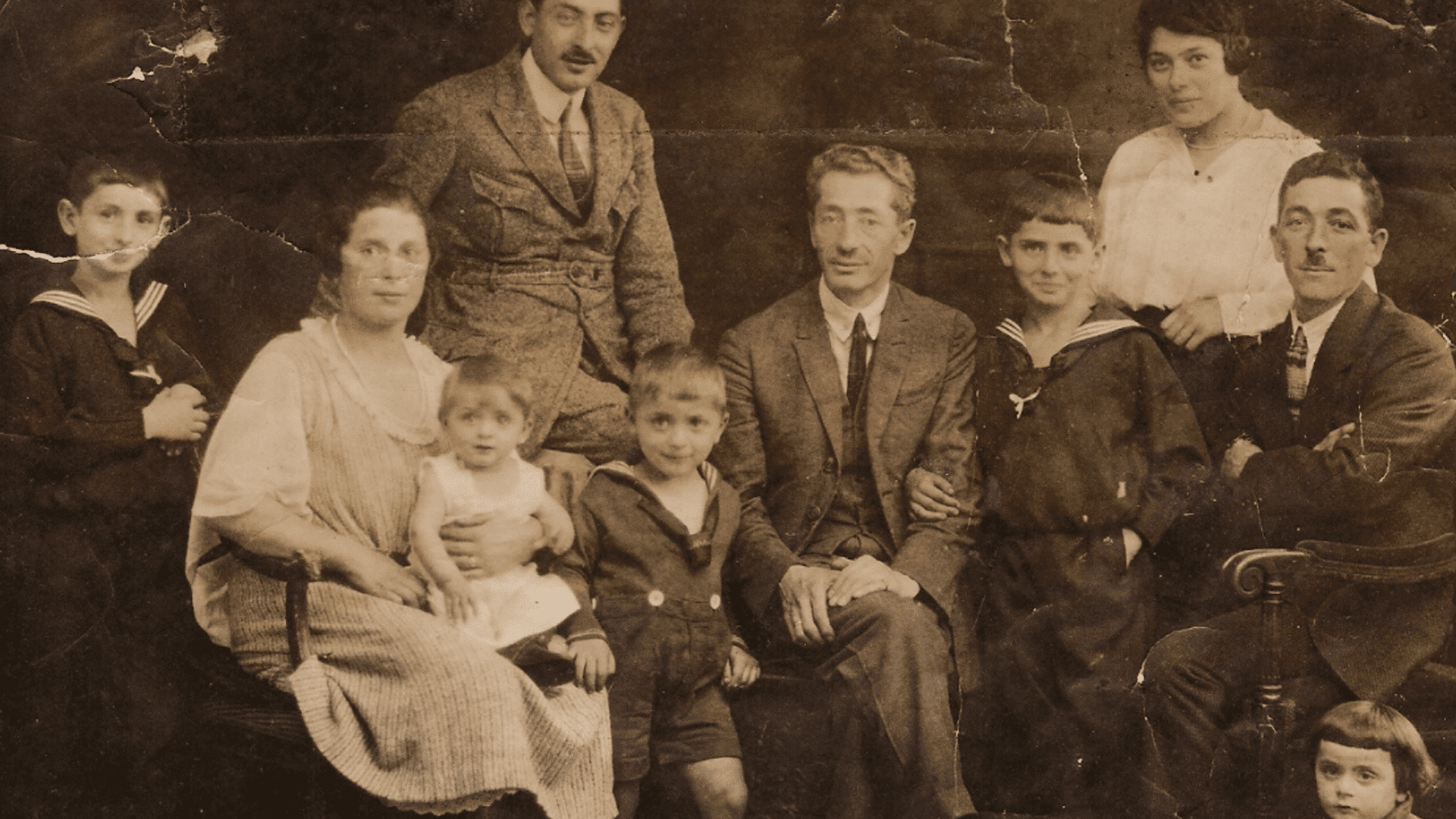 Out For Blood (Relatives)

A few days later, I received an email of condolence from Roberto Salzmann, my second cousin in Italy. He had found Dorota/Joanna’s obituary online. Although we had corresponded as children, I had misplaced his address and we’d lost touch. He’d been wondering about me, and I about him. We rejoiced at finding each other. Unlike me, Roberto had grown up knowing his father was Jewish. He was surprised to learn I had only learned of my mother’s Judaism late in life.

Dorota/Joanna had told me that after the war, she had found her cousins, the Salzmanns, in Paris.  They invited her to live with them, but she chose Canada. I had wondered why she hadn’t gone to Paris. It’s not like it was a shtetl outside Minsk. 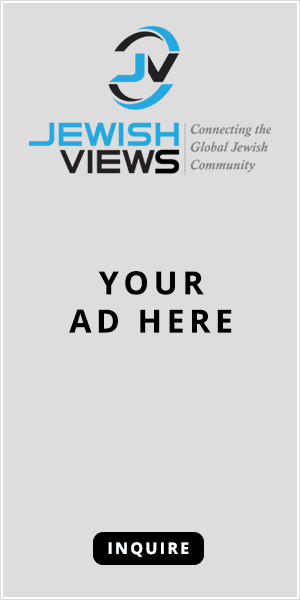 I’d read about families finding long lost blood relatives by tracing their genealogy, and Roberto was game. We both signed up with Jewish Records Indexing, a genealogical website.

Roberto sent me his grandmother Erika’s French identity card. Erika was my grandfather’s younger sister. Erika’s birthplace was Piotrkow, Poland. But for some unknown reason, it was mistakenly listed as “Petrocoff, Russia.” Roberto had unsuccessfully been unable to locate her birthplace because he had been searching for a non-existent Petrocoff!

I sent Roberto a photo of Dorota/Joanna with her father, Maurycy. He responded with a photo that broke my heart. “Now I know who is this gentleman in the middle,” he wrote. It was my grandfather, with all five Salzmann boys and their parents, Erika and Joachim. But we didn’t know the other couple in the photo.

One day Roberto sent me a couple of letters dated April, 1948. His late father, Max, had written to the French government to help his cousin, Dorota Milstein, my young mother, emigrate to France.  The French government declined. Dorota did not have the right papers.  My throat tightened as I realized Canada was not my mother’s first choice after all.

Armed with dates and names from Roberto, I worked the internet. After chasing dead ends and near misses, I finally struck a promising lead. A Karen Amato was also searching for a Maurycy Milstein from Piotrkow. However, her Maurycy left Piotrkow in the 1920s.

But then a week later, Karen contacted me again. Her Polski genealogist had sent her a document going back to 1787 with four generations of Milsteins from Piotrkow! My heart pounding, I opened the spreadsheet and found my zaide – Maurycy, born December 3, 1879, the oldest of 11 siblings. I scanned the list – there was Erika, Roberto’s grandmother!

It was a hot July night and sweat mixed with tears on my face. I splashed vodka into some ice water, and pounded away at the computer. Now I had names, dates, places – Piotrkow, Pabianice, Lodz – and felt I was on the cusp of a big find. Email after email soared into the sweltering cyberspace. The only Jewish prayer I knew was kaddish, so I lit a candle and recited it, for all those Milsteins on that spreadsheet who had not survived.

The next day, I opened my email. “No, sorry.” “Doesn’t ring a bell.” “Not related.” And so on. And then – “Please advise how you got my name and where you are located. I do have family with this surname.” It was the kind of crisp, wary response I’d have written myself when hearing from strangers claiming a connection. There was no mistaking it. I had found someone significant.

A few days later, I met my second cousin, Jake Kuperhause, and his family, who live 20 minutes away from me. He and his two brothers, Harry and Irving, were the grandchildren of Lajb, Maurycy’s younger brother. Sadly, their mother, Cela, had died a few years earlier.

“Now I had names, dates, places – Piotrkow, Pabianice, Lodz – and felt I was on the cusp of a big find.” 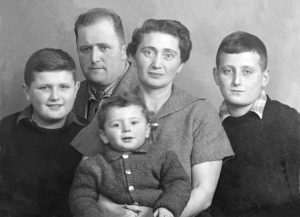 Blonde, blue-eyed and pretty, Cela slipped into the Russian zone of Poland in 1939, telling the guards she was going to fight the fascists.  She headed east, sewing covers for machine guns in a factory in Zlotoust in the Ural mountains, until the end of the war. Her uncle had advised her to act as a simple, apolitical worker. Cela married Joseph Kuperhause, returned to Poland, had a family, and after briefly emigrating to Israel, arrived in Canada in 1960.

When I showed Jake the photo of the Salzmanns and Maurycy, he was startled. Cela had a version of the same photo. She had kept it by her heart “like a talisman.” Jake recognized photos of his mother and uncles from Roberto. It was a sign that we were meant to be friends and cousins.

Jake, his elegant wife, Celine, and their handsome son Philip, welcomed me into their house with open arms. Eventually I met Irving and his charming partner Corina in Montreal. Harry is an artist who lives in Europe. Most everyone has visited Roberto, with his lovely wife Lina and two fine sons, Massimo and Alessandro.

We get together for the holidays, and have become close. We share ups and downs and special occasions, like family does. A year ago, Irving celebrated his bar mitzvah at the age of 74. When he’d been of age, the family had just arrived in Israel, and there had been no time. I couldn’t have been happier for him.

Two years ago, Philip married his longtime sweetheart, Marla. I wondered, how many of our ancestors had exchanged those same vows under a chupa? Now the young cousins are expecting their first child. The family that grew when we discovered each other, is growing again. This is what mispochah is truly about.