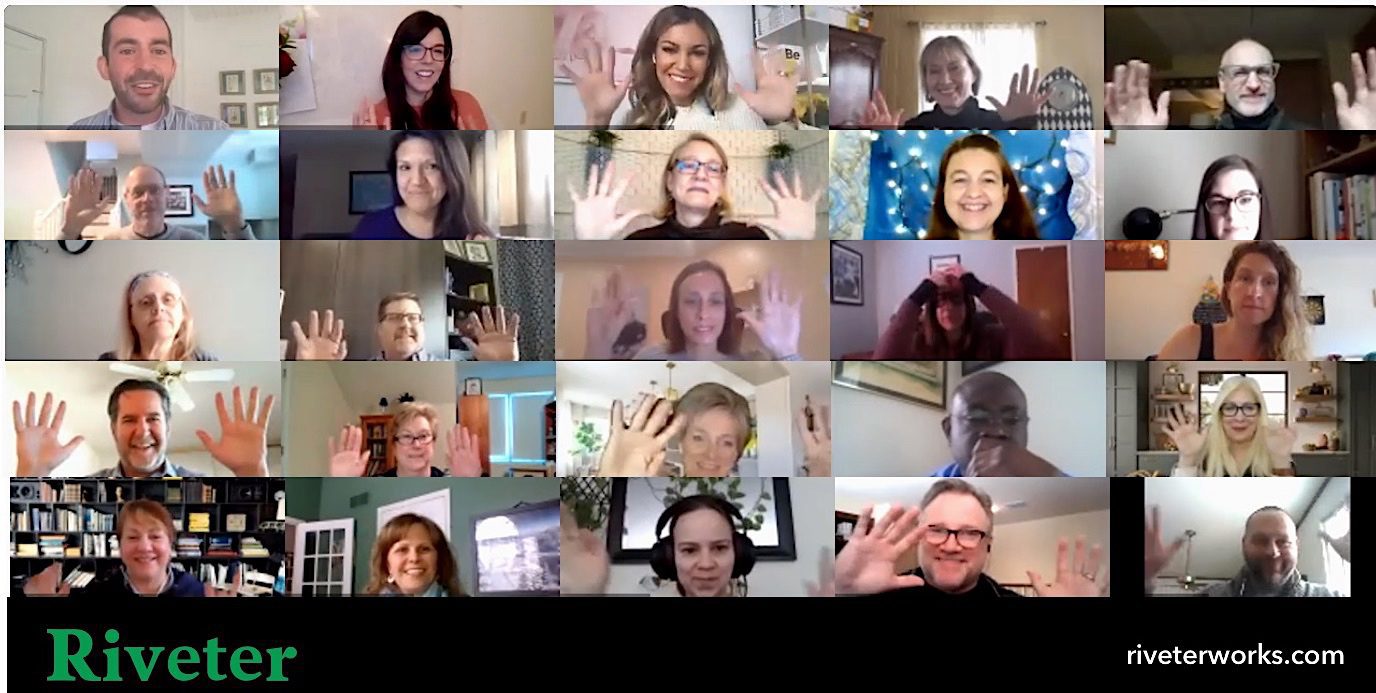 A tale of two Jewish entrepreneurs: Helping the unemployed tell their stories and land jobs What do a military veteran in California, an IT professional in New Jersey, a Jewish saxophone player in North Carolina and a Chicago account manager in travel and hospitality have in common?

Down and out, they turned to job search networks like 1000Hires and Riveter for help.

Founded by Ephraim Yarmak, the Brooklyn-based 1000Hires has a Linkedin account with 5,000 followers and has drawn job seekers from almost every U.S. state as well as Israel, Africa and Europe. The support network is best known for capturing job seekers’ stories on video and promoting them. The unconventional strategy is all about convincing recruiters and hiring managers to look #beyondtheresume.

“Our candidates are sharing everything from personal struggles to professional achievements, and the videos get thousands of views,” he said.

When the hiring manager at Cityblock Health did a keyword search for the skillset he wanted in a Strategic Technology Partner, Joseph Vita’s Linkedin profile popped up on the screen, along with his 1000Hires video. “I didn’t even apply to this job. It was surreal. The hiring manager found my video and liked what he saw, so he reached out,” he said.

In October, Tony Herrera of Southern California, felt stuck in his job search and learned about 1000Hires through a childhood friend working in Arizona’s tech industry.

With a mortgage, car payments and a young family to support, the pressure was on. The military veteran gambled on a new career in software development, was clocking 15-hour days at Skill Distillery’s Full Stack Development with Java Bootcamp and applying to jobs in the evenings.

After doing a 1000Hires video interview, Herrera realized that he, too, had a story to tell and found new tools to accelerate his career development. “I posted a message on the Slack channel asking to connect with software developers,” he recalled. “Someone I connected with the day before posted a link, and that link took me to Operation Code, a veteran community of coders. I found a mentor on there and, later, I did my first hackathon.”

Six months after leaving the military and many rejections later, he got an offer from Optimal Solutions and Technologies. “The depression, the anxiety—everything that Covid-19 brings out of you—it’s definitely a growth opportunity. I had to dig deep and lean on my family and friends and 1000Hires to find a job like that,” he said.

The night that sparked 1000Hires

A member of New York’s Chabad community, Yarmak joined the ranks of 50 million unemployed Americans last May. He had already witnessed one friend after another struck down by pandemic job losses. When Yarmak finally lost his job, he was shocked and lost. A Shabbat meal with family offered sanctuary, and his mind lit up.

He envisioned five-minute videos as vehicles to market job candidates. “I started thinking, ‘How can I help people become leaders of their own job search, inspire them and let them know they aren’t alone?’” he said. “I started reaching out to people on Linkedin right after Shabbat.”

Yarmak discovered he had a knack for storytelling when he started a podcast three years ago called “Founders Storiez,” Episodes include candid conversations with entrepreneurs from across the globe, from TrustRadius CEO Vinay Bhagat in the city of Austin to Gen Z Co-Founder Charlotte Melkert of Equalture based in Rotterdam, the Netherlands’ second largest city.

“I started thinking, ‘How can I help people become leaders of their own job search, inspire them and let them know they aren’t alone?’” Riveter Founder and CEO Adriel Lubarsky shares Yarmak’s passion for storytelling, innovation and using tech for good. In March, he was invited to share his tried-and-true interviewing techniques with the 1000Hires community.

It’s easy to understand how storytelling has influenced the career trajectory of these two entrepreneurs. After all, telling stories has been central to Jewish tradition and the key to our cultural and genetic survival for centuries. Consider Purim, a sort of Jewish Mardi Gras, when we dress up in costumes and read from the Book of Esther not once but twice. On Passover, we gather at the seder table with family and friends, and a child’s questions spark the retelling of our exodus from Egypt. Even the Dalai Lama has turned to the Jewish people for advice on living in exile and, in the 1990s, brought rabbis together for a famous seder in India.

While Lubarsky doesn’t consider himself a religious guy, he said giving toasts at his family’s Passover seder is a tradition. Last year, he toasted that all his cousins should emerge from the crisis into the land of Milk and Honey. It was a big hit and inspired a Linkedin blog post and a Covid-themed episode of his podcast, “The Gong,” featuring stories from sales leaders at early-stage startups. In that episode, he told listeners: “The stories of Covid are going to be in your children’s textbooks…Will you tell your child that you made something of the situation? You took your unemployment and turned it into a chance to learn music. You finally started a company or wrote your book.”

Before his job at a self-driving delivery came to a halt in April 2020, he had already started taking his own advice pursuing passion projects. His new direction was largely shaped by experiences among Silicon Valley’s tech giants and helping street musicians in San Francisco. “I started thinking about automation and researching what long-term unemployment is like. When people are unemployed, they need to save money and focus on wellness and education,” he said. He launched Riveter in March 2020 to provide a path out of today’s unemployment desert. The platform offers a free interview practice tool, weekly education events and discounted resources.

Those resources helped Danny Abrams of North Carolina cope during his first few months of unemployment, and Lubarsky helped him find a remote gig managing delivery drivers that keeps money in his pocket. In his spare time, he can be found playing clarinet outside his cabin and practicing daily yoga.

Before the pandemic, he had built a career playing about 75 shows a year with Ellis Dyson & the Shambles, so the sudden loss of music hit hard. “It was shocking at first,

because I had spent the last several years booking dates and looking forward to shows and festivals. They all got canceled,” he said.

On a few occasions, Abrams and his fellow musicians isolated, got tested and gathered at a recording studio. He was able to play on a jazz album with bassist Wood Robinson and another one with a local Chapel Hill band. “I always liked recording sessions, but these times were especially meaningful—just to be unmasked with your friends for a few days and make music,” he said.

To date, Riveter has 3,500 members from all backgrounds, experience levels and regions across the U.S. Most have college degrees and represent industries like retail, hospitality, oil and gas, travel and technology. Members like Tanja McDermott have forged new connections, participated in a book club, met for Zoom happy hours and prepped for job interviews.

The Chicago travel and hospitality professional has attended Riveter’s 90-minute Mock Interview Speed Dating. During the Wednesday virtual sessions, small groups practice interviewing and get live coaching for free. “One member got feedback and revised his answers. On one of our Zoom calls, Adriel called him out and said, ‘Career coach Gabi wants you to know, ‘You rocked it!’”