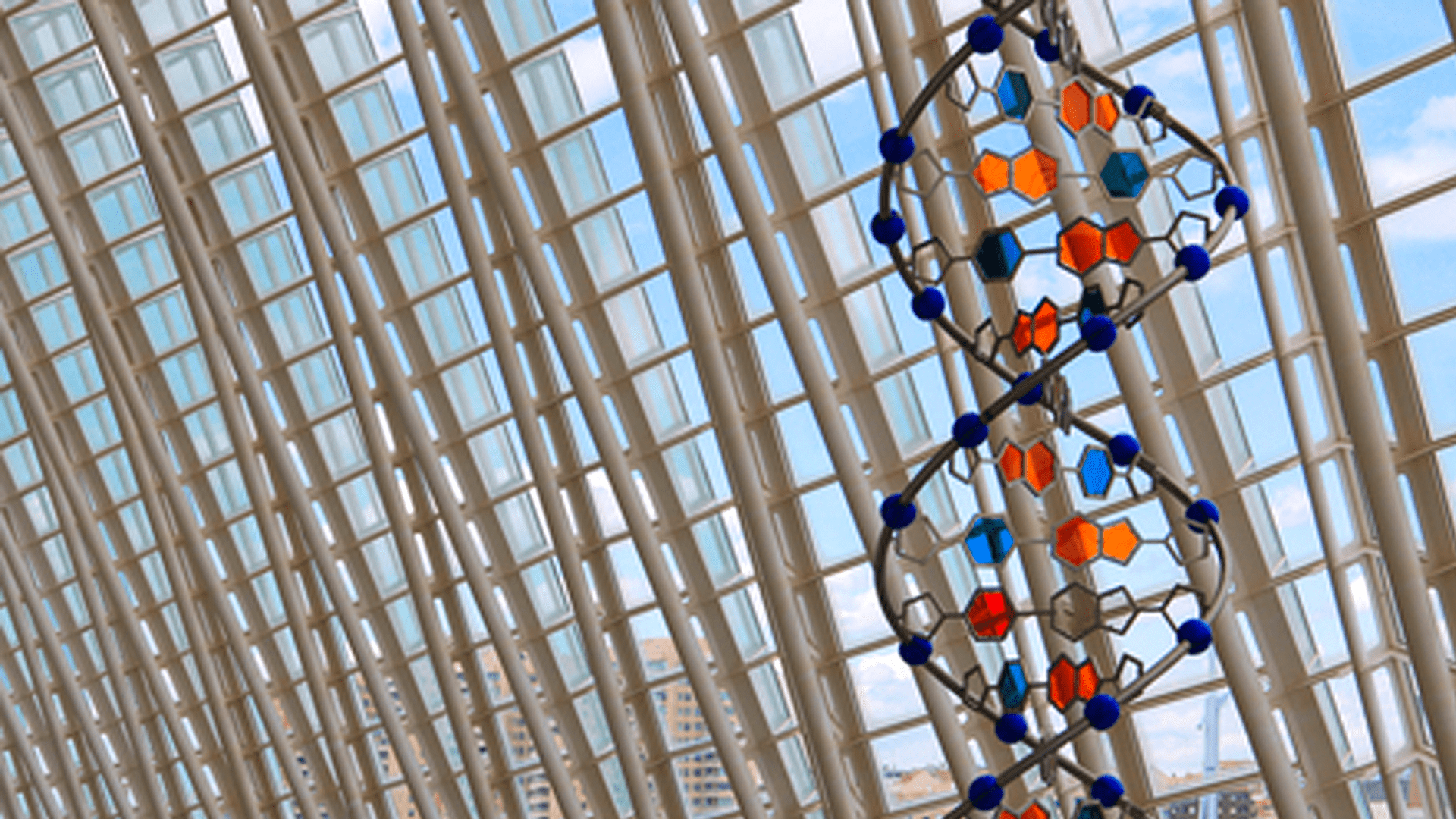 Taking a DNA test is all the rage right now. Millions of people are using services like 23andMe to learn about where they come from and connect with their DNA relatives. But if you’re an Ashkenazi Jew, why would you want to get a genetic test? After all, you probably already know that your Grandpa Herschel was from Eastern Europe.

It turns out that  23andMe can help you understand and clarify your genetic ancestry and can provide clues about some of the health conditions that you or your children may be at increased risk for. JV spoke to Ruth Tennen, a Product Scientist at 23andMe, to share some more in-depth knowledge of Ashkenazi genetic ancestry as it may relate to your health.

When it comes to being predisposed to certain genetic conditions because you’re Ashkenazi Jewish, we hear some common myths:

What Are Some Common Jewish Genetic Diseases?

Many of us have heard of “Jewish diseases”, but what does that really mean? To start, there are two broad categories of these diseases. The first are autosomal recessive, which means that a person has to inherit a particular DNA variant (sometimes called a mutation) from both parents in order to have the condition. Someone who has just one genetic variant is called a carrier. Carriers don’t have the condition themselves, but if two reproductive partners are both carriers, then each of their children will have a 25% chance of having the condition.

There are at least 20 of these types of genetic conditions that are common amongst Ashkenazi Jews. Twenty! Some of these conditions are:

The second category is conditions where having a single genetic variant can impact YOUR health. For example:

Anyone can have a BRCA variant: In the general population, about 1 in 400 people do. But among Ashkenazi Jews, that number is 1 in 40 — about 10 times higher.

Among people of Jewish descent, genetic conditions have been best studied in Ashkenazi Jews, but there are conditions that are common in people with Sephardic ancestry as well (one example is familial Mediterranean fever (FMF)).

How Did Jewish Genetic Diseases Come About? 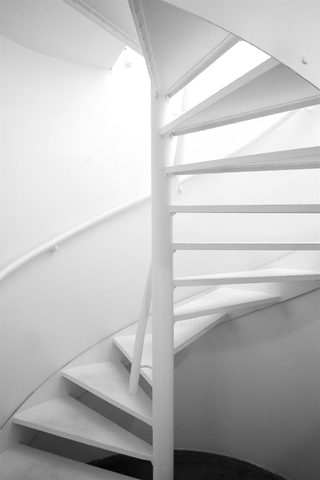 People with Ashkenazi ancestry can trace their roots back to Jews who settled in Central and Eastern Europe during the Middle Ages. As most people are aware, Ashkenazi Jews — like other populations — have faced many significant events throughout their history. And some of these events have left marks on their genomes.

For example, starting in the 11th century, Jews living in Europe experienced a period of intense persecution, which eventually led to their expulsion from many countries. Compounded by the plague that hit Europe in the 14th and 15th centuries, the size of the Jewish population plummeted by up to 90%. This type of drastic reduction in population — which can be caused by persecution, disease, or migration — is called a population bottleneck. Scientists think that, because of this bottleneck, the 10 million Ashkenazi Jews that are alive today descended from just a few hundred founding individuals.

Returning to genetics, population bottlenecks can — just by chance — lead to certain genetic variants becoming more common. For example, imagine a group of 100 people and three individuals have a particular variant prior to the bottleneck. Then imagine that only ten people in that group remain after the bottleneck, and three of those people happen to have that variant. Now the frequency of that variant has gone up from 3% to 30%. These variants are sometimes called “founder variants” because they are present in the founders of a new population.

So, particular genetic variants became enriched among Ashkenazi Jews due to bottleneck events. And those variants remained common because Ashkenazi Jews often married within their own communities (a practice known as endogamy), because of both traditional customs and external restrictions.

But bottlenecks are not the only reason that genetic variants become common within a certain population. One example is sickle cell anemia, a genetic condition that can cause red blood cells to break down and get stuck in blood vessels. Sickle cell anemia is particularly common in people with African ancestry; according to the CDC, 1 in 13 African Americans has a variant linked to sickle cell anemia.

Like some of the conditions described above, sickle cell anemia is an autosomal recessive genetic condition. To have sickle cell anemia, you need to inherit two copies of a particular genetic variant called HbS: one from mom and one from dad. People who have one copy are called carriers (also known as having sickle cell trait). These carriers do not have the condition, but they do have some protection against malaria. Scientists have found that the HbS variant arose in one individual in Africa about 7,000 years ago. As that person’s descendents migrated throughout the world, they carried the HbS variant with them. Where there was malaria — in Africa, Latin America, South Asia, and other locations near the equator — the variant stuck around because it provided a selective advantage.

One benefit of understanding your genetic ancestry is that it can sometimes inform which types of genetic testing might be most useful for you. In fact, healthcare professional societies (like the American College of Obstetricians and Gynecologists) may recommend specific genetic carrier testing if you are Ashkenazi Jewish and plan on having children.

As noted, about 3% of Ashkenazi Jews are carriers for Tay-Sachs disease. So when Ashkenazi Jewish couples are considering having children, they often undergo carrier testing for specific genetic diseases like Tay-Sachs, to see whether they’re at risk of passing variants on to their children. Having that information can help them make important reproductive decisions, like whether in vitro fertilization or adoption may be good options for their future family. And largely thanks to the efforts of Jewish community groups to raise awareness about genetic testing, the prevalence of Tay-Sachs disease among Ashkenazi Jews has dropped by more than 90%.

Many people don’t know their genetic ancestry. For example, 23andMe published a study last year on research participants with one of three Ashkenazi Jewish BRCA founder variants. Among participants who did not report having Jewish ancestry, more than half did have detectable Ashkenazi genetic ancestry. For people who aren’t aware of their genetic ancestry, it’s possible that the genetic conditions they think they’re most at risk for may not be the conditions they’re actually most at risk for. And that could lead to missed opportunities for genetic screening, prevention, and early intervention.

If you get a DNA test through 23andMe, they offer two categories of health reports that focus on specific genetic variants, similar to the two broad categories of diseases described earlier:

Carrier Status reports: These reports can help you learn if you are a carrier for genetic variants linked to certain inherited conditions which can be passed onto your children.

Genetic Health Risk reports: These reports can tell you if you have genetic variants that can increase YOUR risk. For example, 23andMe offers a BRCA report that tests for the three Ashkenazi Jewish founder variants. (Among Ashkenazi Jews who have a BRCA variant, about 90% are expected to have one of those three variants.)

It’s important to understand that 23andMe does not test for all genetic variants associated with each health condition. If you test positive for a variant, that can be very important to know, and you should follow up with a doctor for confirmatory testing. But if you test negative, you are not in the clear — for example, there are thousands of BRCA variants associated with increased cancer risk, and even among Ashkenazi Jews, not everyone has one of the three variants that 23andMe tests for.

23andMe offers a number of health reports that are particularly relevant to Ashkenazi Jews, and it can be a helpful screening tool. But, keep in mind that 23andMe is not a comprehensive test. It’s important to talk to your healthcare provider about clinical genetic testing to fully understand genetic risks for yourself and your future children, especially if you have a family history of a particular health condition.

It’s also important to recognize that your ancestry can’t tell you everything about your health. For example, people without African ancestry can still carry a variant for sickle cell anemia and people who aren’t Ashkenazi Jewish can still carry a variant for Tay-Sachs disease. And for many health conditions — like type 2 diabetes, heart disease, and cancer — non-genetic factors such as lifestyle and environment play a very important role, too.

Either way, it can be pretty fascinating to learn more about your genetics; even if you thought you knew everything about your Grandpa Herschel.