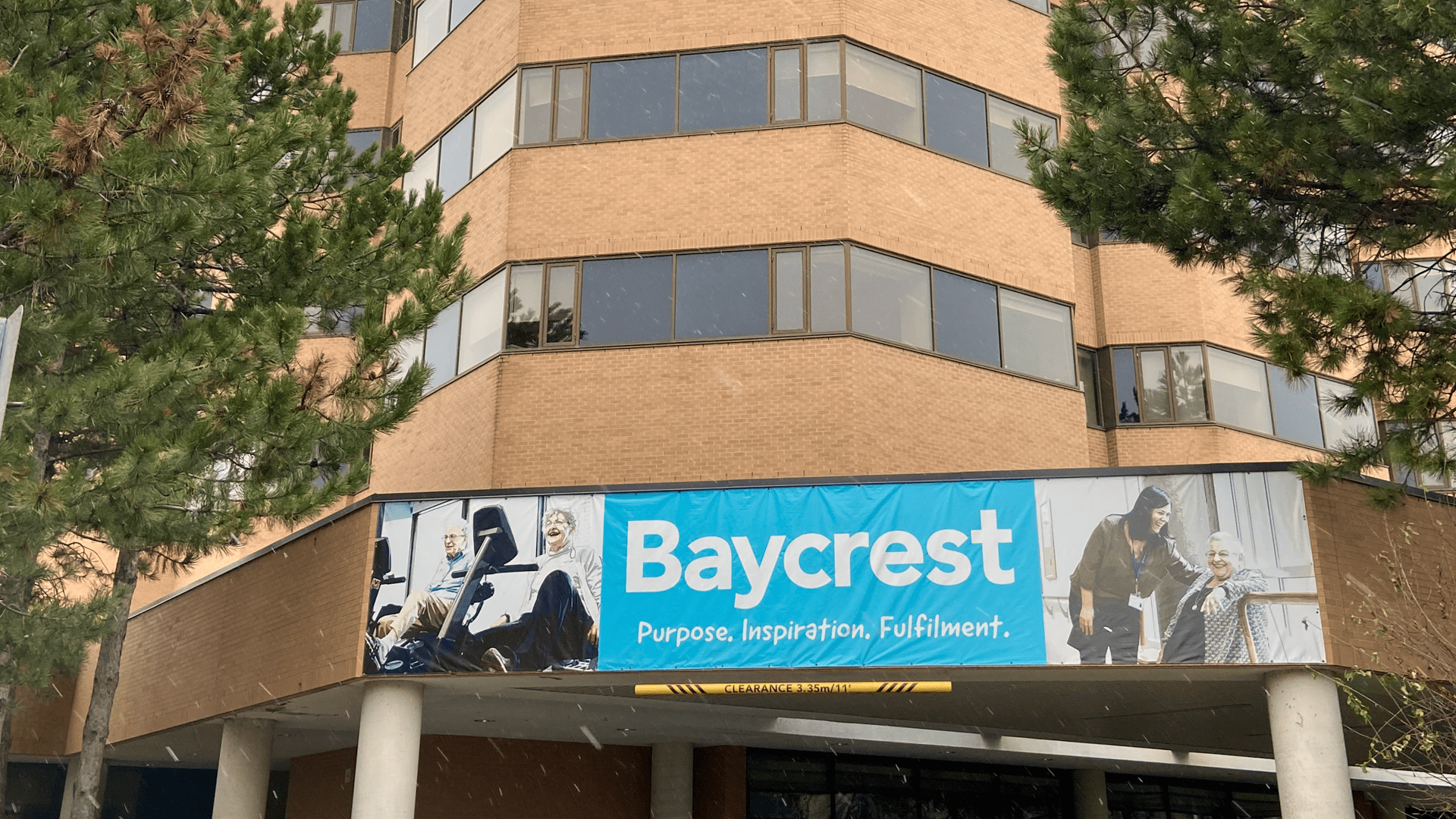 Imposter syndrome gnawed at my stomach as I stepped through the sliding doors of the Terraces of Baycrest. A room full of people whose parents were Jewish Holocaust survivors awaited. Would they accept me?

A dozen folks filled a small boardroom, some my age, some younger, some older, sipping coffee. Paula, the group coordinator, introduced me. “Really? You didn’t know your mother was a survivor?” A younger woman passed me a plate of rugelach. “Eat and talk,” she said.

We talked about our parents. One woman called her mother 12 times a day. Another woman cried as she described finding out her father had a wife and kids who perished in the Holocaust.  A 40-ish man nodded, saying his mother had lost a son in the camps, and named him after the lost child. “Do you know what I have to live up to?” he asked. My gut twisted. To a person, they fretted about their parents as much as their parents had fretted over them. “Why are you here?” Paula asked. Truthfully, I answered. “I want to understand my mother.” I fit right in.

From its roots in 1918 when it was the Toronto Jewish Old Folks’ Home at 29 Cecil Street in downtown Toronto, Baycrest had grown to include a hospital and research facility at 3560 Bathurst Street. By the time I got there in the 1990s, it had served Toronto’s Jewish community – including a large population of survivors – for decades.

I read a manual about caring for aging Holocaust survivors from cover to cover, learning that survivors never had an opportunity to mourn their losses. Internalizing these emotions could cause stress and moodiness. That explained my mother’s emotional ups and downs. I also learned about survivor guilt; often those who survived felt guilty for those who did not. Why should she have survived when so others, perhaps more worthy – like her family – had not? With deteriorating health came new challenges; it was important to speak in their first language. I spoke mostly Polski to my mother, and she appreciated it. Once I mentioned the group to her, and she raised an eyebrow. “Don’t believe everything you hear,” she said.

A couple of years later, I took a job as staff writer and photographer at the Baycrest Foundation.  Immediately, I was adopted by an entire department of Jewish mothers. “How could you not know?” I heard over and over again. A few people were nonplussed by my gentile first name, so I replaced my small Magen David necklace with a bigger, fancier one. Someone asked me where I had been hidden. “Etobicoke?” seemed the appropriate response.

The biggest Jewish mother of them all was an Orthodox fellow named Howard, who couldn’t get enough of my story. He was dark, clean-cut, and intense, with expressive brown eyes. “How could your anti-semitic father marry your mother?” he asked. It was the $64,000 question! Whenever I hit a brick wall, I went to Howard. “Why is everyone donating in weird numbers like $18?” He would patiently explain that in Jewish the number 18 was lucky since it was represented by the Hebrew letter chai, meaning “life.” What was a “balabusta?” An exceptional homemaker. How could coffee and chocolate be kosher? The way it was made and stored, under the supervision of a mashgiach.

Baycrest was a glatt kosher facility, with mezuzahs on every door, even my office. As religious as I am not, it gave me a strange feeling of comfort. Every Friday, there was a “Cafe Europa” luncheon for survivors in the Posluns auditorium.  Groups of elderly Jews would gather around elegant tables laden with kosher cuisine while being entertained by klezmer groups and Yiddish singers, socializing, even dancing. How I wished my mother could attend.

“The biggest Jewish mother of them all was an Orthodox fellow named Howard, who couldn’t get enough of my story.”

The Foundation calendar was packed with fund-raising events. I would take my camera and notebook, milling around the donors, who dutifully posed and provided quotes. My favourite assignments involved meeting Holocaust survivors and writing about their stories. The most memorable was Chana. On her 100th birthday, I went to her tiny apartment, where she lived on her own. We spoke Polski, and sipped tea. Chana told me how she was first cousins with Wladyslaw Szpilman, of “The Pianist” fame. After surviving Auschwitz, she discovered both her husband and son had also made it through. Excited, they made plans to reunite, but her son was tragically shot in a post-war pogrom. Soon after, her husband died. Her grief was palpable, so many years later. We talked some more about music, and I asked Chana if she still played the piano. She burst into tears. “They shot my son when he was next to the piano,” she wept. “I can’t bear to be near one.”

I felt my heart flip over and gently exited. Once in my car, I sobbed my eyes out. I heard many more survivor stories at Baycrest, but this one affected me the most. How cruel, to have hopes and dreams crushed time and again.

If there was one thing I learned at Baycrest, my alma mater, it was that there was no profound truth to be gleaned from the Holocaust. It was a senseless abomination that should never have happened. But Judaism is a different matter. It is a living thing. You can follow traditions, celebrate holidays, say prayers, keep kosher – or not – and there’s always something new. And that’s what I’m still learning about my faith and myself.