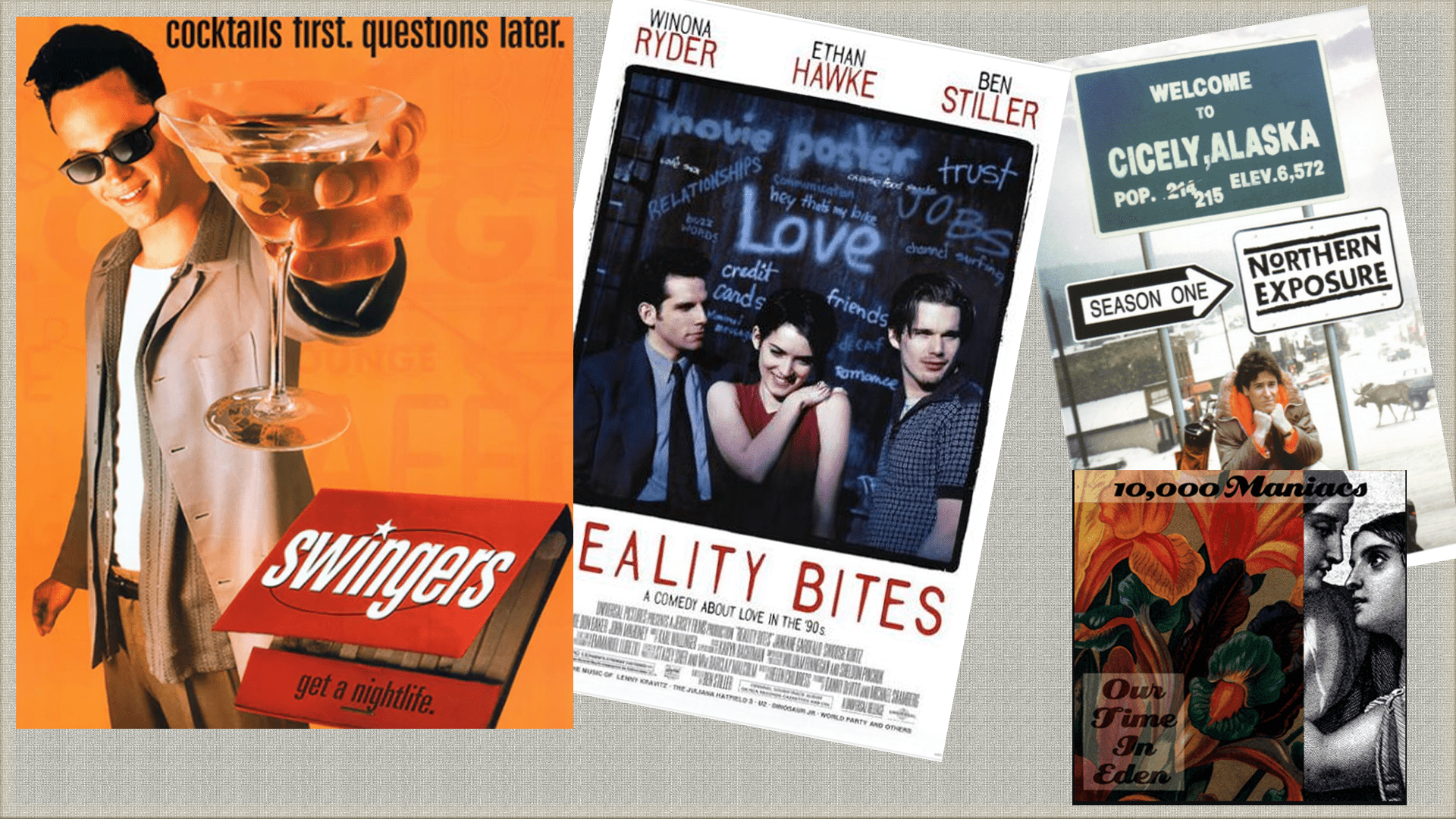 Generation X (born between 1965 and 1980) has been called the middle generation or the forgotten generation. But how can we forget a generation that gave us Chasing Amy, Clueless, Scream, Swingers, Trainspotting, Heathers, Reality Bites, and more? The generation that brought lounge music back, and repopularized the Rat Pack? 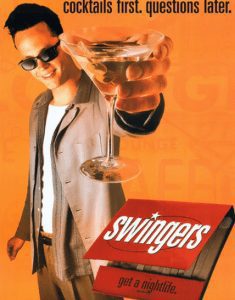 And while it can sometimes be challenging to define the sense of Generation X….Gen X, they produced movies and TV shows that spoke of a specific culture at a specific time. These characteristics and sensibilities also align with some fundamental Jewish values.

As a millennial Catholic who thinks a lot about the culture and the sweep of decades, I suggest I have an informed outsider’s perspective here, and it’s full of admiration.

After all the middle child jokes and last tough, independent generation memes, it can also be fairly said that Gen X has important characteristics and traits lost – broadly speaking – in subsequent generations, obliterated by helicopter or snowplow parenting, smartphones, and oversharing on social media.

“Don’t come until street lamps come on. Slid down a dirt hill filled with broken glass? Hurt yourself exploring an empty construction site? Walk it off, you’re fine.”

You’ve heard the stories. All true.

Viewed differently, the American Psychological Association has given a list of positive stereotypes to Generation X:

Many of the cult classics mentioned above have some characters that fit that mold, like Troy Dyer in Reality Bites. He is the forever artist who refuses to work for the man and pursues what he loves. Troy is self-reliant, though also counting on the women in his life for their indulgence, and is not afraid to take risks. But he is also moody in the way he moves through his everyday life.

The positive traits of Generation X are where we can also see Jewishness:

Gen X period masterpieces include films made by and set in communities of color. That orbit, then, was unfortunately more separate than now, but the art was also wonderful. Boyz n the Hood, Do The Right Thing, Friday, House Party, New Jack City, Crooklyn, Coming to America, Juice, Menace to Society, and so many more – all deeply important films but in a lane different than this discussion.

Reality Bites, starring Winona Rider, Ethan Hawke, and Ben Stiller, showcases what it was like to be that twenty-something college graduate in the early 1990s. It was interesting as I watched the film how each character embodied Jewish sensibilities.

Winona Ryder is Lelaina Pierce – the passionate go-getter who was valedictorian of her graduating class. This character showcased what many Gen Xers felt after graduating – a sense of determination, showing their parents, their peers, and themselves that they will become somebody no matter the job at the mall in the meantime. I think Lelaina Pierce perfectly depicts how we try our best to honor ourselves, our families, and our communities or peer groups, even while insisting we’re rejecting tradition.

Her best friend, Vickie Miner (played by Janeane Garofalo), is very good at making distinctions in her life – and to harken back to the typical Gen X traits, she is able to sustain excellent boundaries between what is work and what is play. In other words, Gen X didn’t call in sick, they showed up for work with the club door stamp still on their hand.

Their friend Sammy Gray, played by Steve Zahn, embodied the value of trying to keep the peace. The scene where he and Vickie are working through different scenarios on how he will come out to his parents takes up such a small amount of screentime – but it shows how Sammy remains hopeful that his parents will still love and accept him for who he is as a person. Remember – Gen X grew up, and came out (or not) at a time before marriage equality, before widespread and popular LGBTQ activism, and before corporate branding at Pride parades.

Ben Stiller played Michael Grates, an ambitious TV executive who tried his best to be a good person throughout the entire movie. Early in the film, after Michael crashes into Lelaina’s car, he calls off a potential court case because he believes Lelaina is a good person, and because of a romantic interest. He even tried to help Lelaina get her documentary out there and seen by other professionals. The go-getter amongst slackers finding themselves, he knows who he is, and who he isn’t.

Finally, is Troy Dyer, played by Ethan Hawke. He comes off as this devil-may-care artist who steals candy bars from his job, gets fired, and truly doesn’t care. He is too rooted in who he is and who he will be to care about a meaningless job like that. He embodies the peculiar mix of genuine angst about the future, hope that things will work out in the end, and confidence that it will if he stays true to himself.

“It’s easy to see how Jewish Gen Xers find themselves and their cultural values mirrored back to them in the media of the late 1980s and 1990s.”

In the late 1980s, Jewish characters on TV shows were mainly used for stereotypical laughs, some essential characters of many ensemble casts. But once we step into the 1990s, TV shows began to explore Jewish culture and create characters and shows with realistic, dramatic depths to mirror Jewish sensibilities of informed irony, nuance, and humanism. While Jewish writers’ rooms had been a generations long truth in the entertainment business, Jewishness was now on full, celebrated, display.

Northern Exposure, which ran from 1990 to 1995, was mainly about a young New York doctor, Joel Fleishman, who moves to a remote Alaskan town due to a misunderstood agreement to further his medical training. What began as a show about someone entirely out of their element became a work of art that depicted how to be human and forge through hardships with integrity and grace. He is eager to make his ethnicity understood, by force of personality and being wholly himself, to the small community of people he finds himself.

While Northern Exposure carried a lot of episodes with Jewish storylines, one from season 4 sticks out. In Episode 22, called “Kaddish for Uncle Manny,” the community bands together to find Joel ten Jewish men for a minyan so Joel can say kaddish in remembrance of his Uncle Manny. They scour the small town and come up two men too short.

By the end of the episode, Joel realizes he does not need strangers to say the mourner’s prayer – he wants to embrace his new community and friends in this Jewish tradition. This episode focused on growing his own understanding of Judaism as about good fellowship and comfort.

And G-d knows how many pints of ice cream, and how many tubes of raw cookie dough, were consumed in dorm rooms throughout America watching Dr. Fleishman find his way, and himself.

It’s easy to see how Jewish Gen Xers find themselves and their cultural values mirrored back to them in the media of the late 1980s and 1990s. It may have been rare gems that really dived into the nuance of what it means to be both Gen X and Jewish, but they are there if you look for them. As a Millennial myself, I’m lucky to live in an age of TV and movies where Generation X is in charge. It is thanks to them, and their continuing journey through life, that we have media that is more representative of themselves and younger generations – Jews and non alike! Shows like The Goldbergs, Broad City, The Marvelous Mrs. Maisel, Schitt’s Creek, and more – informed by, steeped in, and rich with Jewish sensibilities. We’re lucky to have them all.