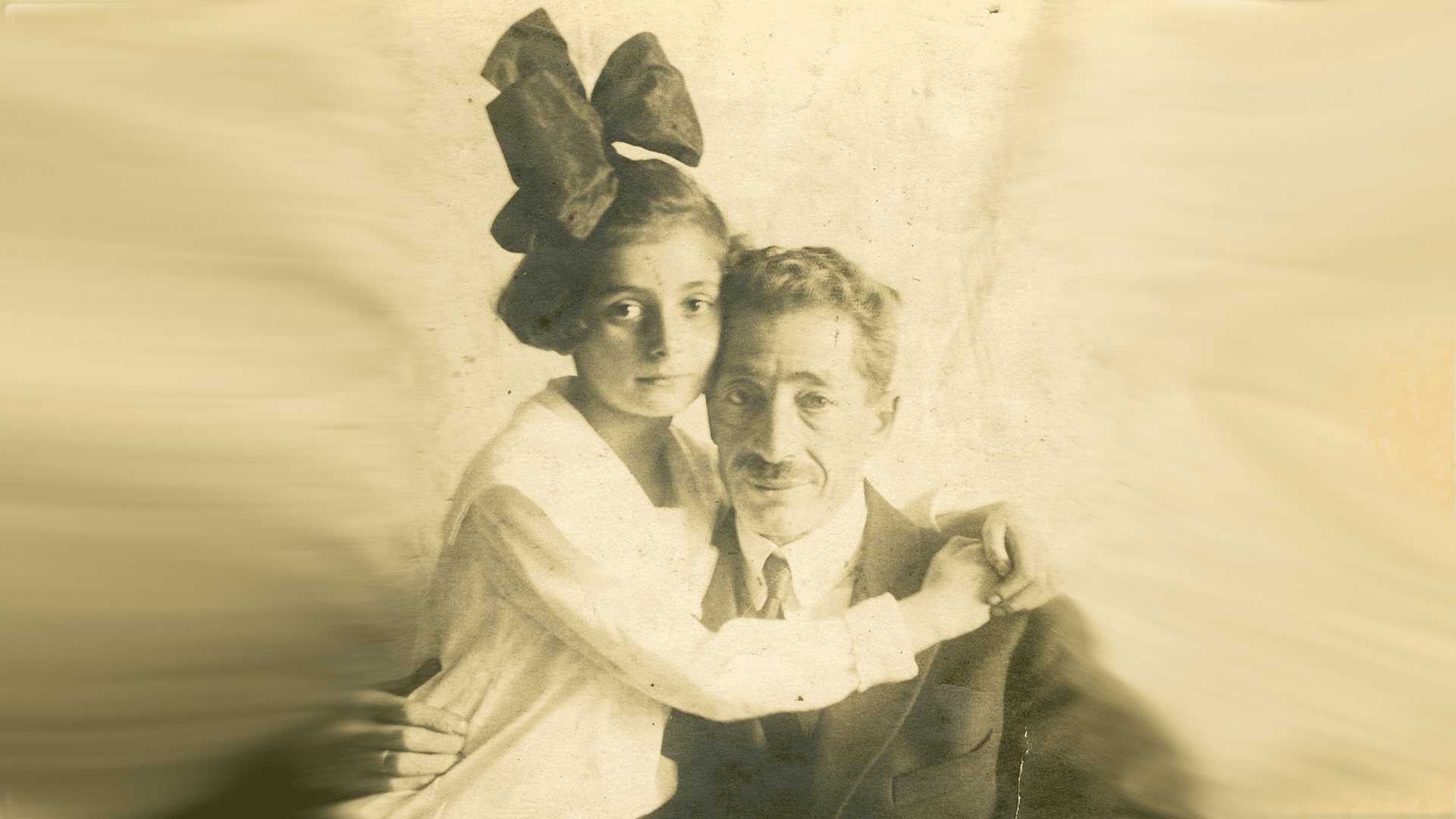 When I was 34, I found out my mother was a Holocaust survivor and born into the Jewish faith. This meant I was Jewish. It came as quite a revelation, but it shouldn’t have.

My parents, who had come to Canada as immigrants from Poland after the Second World War, had split up.  Their marriage had been a battlefield, so this came as no surprise. I came across an affidavit in which my mother stated she had been born into the Jewish faith. What? My mother was Jewish? It turned out I didn’t even know her real name. I’d always known her as Joanna Lagowski, but she was born Dorota Milstein.

Dorota/Joanna may not have consciously said anything, but she couldn’t snuff out Das Pintele Yid. Looking back, I realized she developed a Jewish “code.” It’s taken me years to finally crack it.

We didn’t have a television until I was 11. I read every book in the local Humber Bay Library children’s section, and this was encouraged. Then, one day I found a copy of Anne Frank’s diary on my bedside table. How did that happen? I peered at the cover and couldn’t help but note the resemblance between Anne Frank and a photo of my mother as a young girl. But maybe that’s how all young girls looked in Europe in those days?

Reading, learning, education, including musical education, was an imperative to my mother. Dorota/Joanna was a brilliant pianist and determined to forge her daughter into a prodigy. Every day, my mother sat resolutely next to me while I banged out scales, studies and sonatas. Mistakes were not suffered. “F sharp!” she would snap. Pop music was not allowed, except for maybe some Rodgers and Hammerstein.

“My mother couldn’t stand the thought of me going to church on an empty stomach.”

My parents were good Catholics, and we went to church at St. Mary’s, a Polski parish on Gillespie Street in Toronto’s Junction area, every Sunday. I had First Communion twice – once at the age of 8, and again, a year later. I joined hundreds of little Polski girls for First Communion from a Polski bishop at Maple Leaf Gardens, Toronto’s celebrated arena. Those two occasions were the only time I had communion. Why? In order to have communion, you had to fast beforehand. My mother couldn’t stand the thought of me going to church on an empty stomach.

We did listen to Polski Christmas carols. Our family celebrated in the traditional Polski manner, on Christmas Eve. I was probably the only kid on Morgan Avenue who never believed in Santa Claus. Dorota/Joanna didn’t know how to create the myth. But she could cook. Our Christmas meal consisted of 12 meatless dishes (one for every apostle). One year, she surprised us with gefilte fish, which I found rather delicious.

Having no extended family, we would either visit other Polski families or see a movie on Christmas day. In 1968, my father and I wanted to see “Space Odyssey.” But Dorota/Joanna insisted that we go see “Funny Girl,” starring Barbra Streisand. And so we went to the swanky University Theatre on Toronto’s fashionable Bloor Street. Streisand was skinny, ungainly, but smart – just like me. If she could be the greatest star, so could I. From that moment on, I became a diehard Streisand fan. In fact, much of what I know about Judaism is from Streisand. I like to think of her as my rabbi.

Around the same time, my parents relented and we got a television. Dorota/Joanna had a thing for Danny Kaye. Her favourite movie was “Me And The Colonel,” where Kaye plays a quick-witted Jew who helps an anti-semitic Polski colonel escape the Nazis. She also loved “White Christmas.” “Isn’t Danny Kaye brilliant?” she once chuckled. I agreed. Then she leaned over and whispered, “You know, he’s Jewish.” I didn’t understand her need for a possessive hushed tone.

As much as my parents loved me, they loathed each other. A perceived slight could spawn a screaming match. Enraged, my mother would madly bang pots and pans in the kitchen. My father retreated with his pipe to the garage. I would sob into my pillow and swore never to marry. Often, my mother accused my father of being anti-semitic. I didn’t see it. To me, he was a devoted father who took me everywhere, and told me funny stories while he tinkered with our 1963 Valiant.  That changed when I told him, “If Mother is Jewish, so am I.” My father hotly denied it. I’d been baptized, had First Communion twice. And then he said, “Did you know Jews are Communists? They were responsible for the deaths of many of my friends.” I was shocked. For many years, my father and I didn’t speak.

So Dorota/Joanna had reason to stay secret, although her Jewish soul shone through the cracks. Originally, I felt stupid for not picking up on her code. I’ll never make up for what she went through. Dorota/Joanna had lost not only her name but most of her family in the Holocaust. While she had stifled her roots and her trauma,  she couldn’t keep everything a secret forever. So I embrace my Judaism. And I don’t make any secret of it.