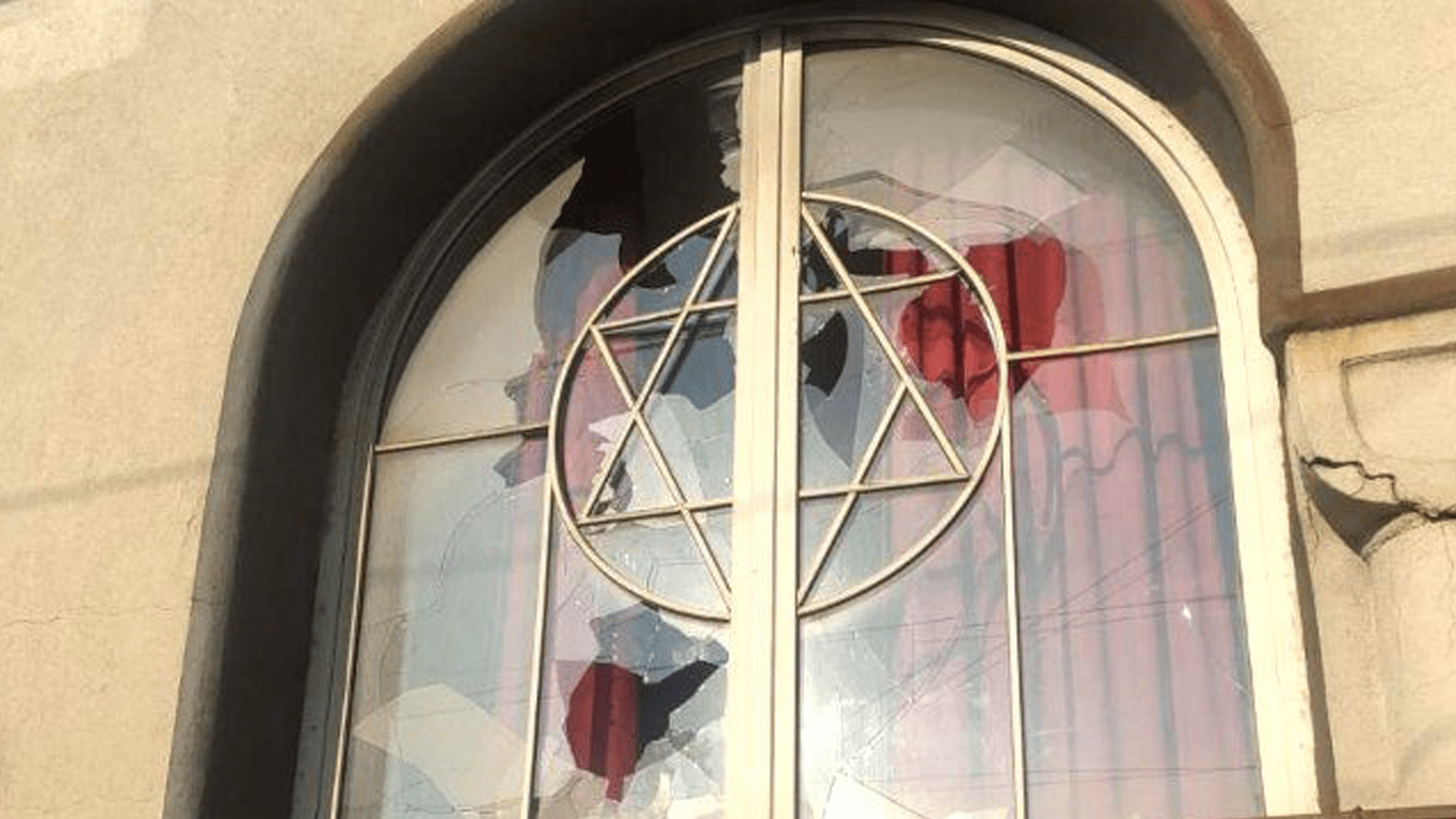 The Sephardic Jewish cemetery of Belgrade faces a multi-lane street, busy with traffic.  Its entry is heavily gated and well secured.  The chapel, however, is clearly visible from the street.  On November 24, it was vandalized when “hooligans”’ threw stones, a hammer, and an axe through its main window. Danilo Medic, a member of the Advisory Board of the European Jewish Association and past president of the Jewish community of Belgrade, told Jewish Views that the damage to the chapel goes far beyond the physical. 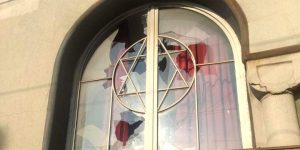 Broken window at chapel in Jewish cemetery in Belgrade, Serbia. Photo credit: Office of the Jewish Community in Belgrade

Until recently, members of the Serbian Jewish community considered their country relatively free of antisemitism.  That assumption must now be questioned.  In the past several years, increases in anti-Semitism have been notable, especially since the beginning of the COVID pandemic.  Anti-Semitism has infected many areas, including anti-vax protests. Recently, demonstrators wearing yellow ribbons and yellow Stars of David protested at the home of epidemiologist, Dr. Predrag Kon, a member of Serbia’s Crisis Response Team.  Graffiti compared him to “Mengele.” Demonstrators called Kon, who is Jewish, “Goebbels.”  Serbian government Commissioner Brankica Janovic called the event “an insult and disparagement of Holocaust victims.”

A millennial member of the Belgrade Jewish community told Jewish Views that the act of violence at the cemetery may include “a subtle reference” to past United States/NATO acts against Serbia. “It is connected with nationalism.  Eastern Europe is not going in a good direction.”  The Belgrade Jewish community has also been threatened on social media and witnessed a wave of Nazi symbolism.

In a 2020 report, the United States State Department wrote that “Jewish leaders (in Serbia) reported a growth in anti-Semitism online during the pandemic… and anti-Semitic literature continued to be available in some bookstores.” It cited reports of incidents when unidentified perpetrators wrote anti-Semitic messages and Nazi graffiti on buildings in the northern city of Novi Sad which has a mixed ethnic and religious population.

Chairman of the European Jewish Association Rabbi Menachem Margolin addressed the desecration, calling for a full investigation.  “It is clear that whoever was responsible has no respect for the dead, never mind the living,” Margolin said. “We extend our support to our Jewish brothers and sisters in Belgrade and Serbia as a whole, who must be reeling at this attack, and feeling vulnerable.”

“I have written to Serbian Minister of Internal Affairs asking for a robust response to the attack, as well as a full throated condemnation, lest the anti-Semites that carried out this act believe that it is now open season on Jewish buildings in Serbia.”

On November 11, 2021 – Armistice Day – Jewish Views’ Editor Maxine Dovere attended the community wide memorial service at the same Sephardic Jewish Cemetery, where the remains of Jewish soldiers who died in the Balkan Wars and World War I are interred.  The impressive white marble memorial incorporates the iconography of Judaism, Serbia, and the military.  The ceremony was moving, well attended, and emotional.  Hatikvah rang through the air as the ceremony concluded.

“The cemetery had seemed a place of true respite, one that somehow survived multiple reigns of terror.”

The cemetery had seemed a place of true respite, one that somehow survived multiple reigns of terror. Two weeks later, the cemetery chapel was desecrated: some in the community seeing it as a reminder of Kristallnacht, the 1938 “Night of Broken Glass” Nazi riots against the Jewish community in Germany.

At a Belgrade press briefing in early November, 2021, UN Special Adviser on the Prevention of Genocide, Alice Wairimu Nderitu, said Serbia and other ex-Yugoslav states should do more to fight genocide denial and hate speech if they want their societies to move forward. “As long as there is a group of people who are influential and deny that genocide took place in Srebrenica, or that genocide took place in Rwanda, or that the Holocaust took place, it remains very difficult for a society to move forward,” she said.

previous post
From the Nanny to Tehran: On The Evolution of (Some) Jewish Fem Characters in TV and Film
next post
Tough Enough