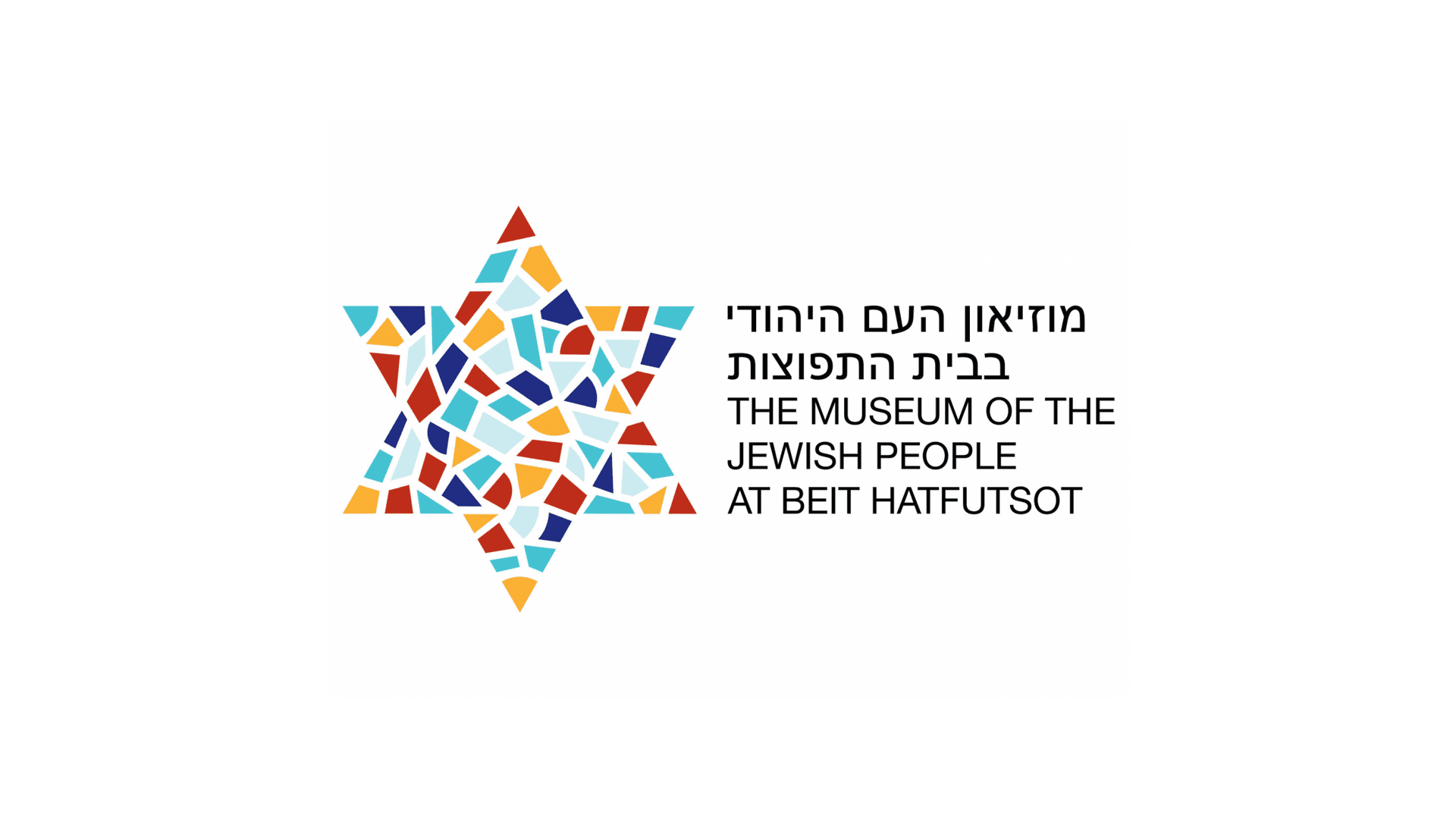 To Tell the Story of a People

A Museum doesn’t just “happen.” Years – even decades – of imagination, practical thinking, hope, planning, and, finally, construction are needed to create a state of the art, interactive vehicle to tell stories. The interpretation of the story of the Jewish People is both intimate and expansive, ingeniously told in the reimagined 72,000 square feet of ANU, The Museum of the Jewish People.

During the watch of Leonid Nevzlin, former chair of the International Board of of the Museum and current Board of Directors Chair Irina Nevzlin, a storied Diaspora Museum has been transformed into the Museum of the Jewish People, a center emphasizing “a sense of belonging among the Jewish people, forging a common world, and unifying Jews while recognizing and celebrating the different narratives that reflect Jewish diversity.”  A one hundred million dollar capital campaign and years of dedication have created the world’s largest Jewish museum on the Tel Aviv University campus, telling the story of all Jews, past, present, and future.

Museum Director Dan Tadmore calls ANU an “opportunity to be proud of our success, of the Jewish People, and the State of Israel. It is making sure that our people know what an amazing family they belong to.”

At a pre COVID celebration of the Museum, Honorary Board Chairman Joseph Lieberman related the story of his Polish Jewish family’s journey to New York via Canada, noting that his family has a deep connection to Israel. Beit Hatfutsot (the Diaspora Museum, now ANU), he said, “tells the epic story of Jewish history – its past, present, and future…the story of our history, captured in constant change.  What happens on earth is up to us, enabled by Ha Shem but ultimately up to us…What a story!” exclaimed the former US Senator and Vice-Presidential candidate. At the same event, Ambassador and museum Board Member Alfred Moses noted that “every Jew has a share in Israel – an unconditional share in the Jewish people…We are, and shall remain, inseparable…(we) draw on history as we aim for the future.”

In 1959, Nahum Goldmann, president of the World Jewish Congress, proposed that a museum telling the ongoing story of the Jewish people be developed. In 1978, that dream became a reality when The Diaspora House Museum opened its doors on the campus of Tel Aviv University. Its mission was “to present and display the unique and ongoing 4,000 years of Jewish peoplehood to Jewish visitors and to strengthen Jewish identity.”

Beit Hatfutsot opened May 15, 1978, one of the most technologically advanced museums of its time. Exhibitions were based on reconstructions and sets, using modern audiovisual and state-of-the-art computer technology to explore topics and themes throughout the museum. “The mission was to be an effective storyteller, not an acquirer of objects,” notes Dan Tadmore, the Museum’s Director. Tadmore Joined the Museum in  2012, in the seventh year of the renaissance project.

Very few museums are protected by law. Beit Hatfutsot is. In 2005, when the Museum’s continuity was threatened, Shlomo Lahat, former mayor of Tel Aviv, and former prime minister Ariel Sharon lobbied the Israeli Knesset for the passage of the “Beit Hatfutsot Law” defining the Museum as “the National Center for Jewish Communities in Israel and around the world.”

In partnership with the Israeli government, Leonid Nevzlin, the Nadav Foundation, Alfred Moses and Family and Koret Foundation, Milton and Tamar Maltz, and many other significant donors, on the watch of Board Chair Irina Nevzlin, an eleven year long project has transformed The Diaspora Museum into The Museum of the Jewish People.

“Very few museums are protected by law. Beit Hatfutsot is.”

What had been state of the art in 1978 became outdated. For four decades, The Diaspora Museum strengthened Jewish identity and heritage. For the mission to continue, a strategic plan for its renaissance had to be developed – to create a cutting edge Museum and cultural center, unrivaled as a global institute conveying the pluralistic narrative of Jewish culture and faith, seen through the lens of Jewish history, and in the light of current experience.

American President Joseph Biden sent congratulations to recognize the March 2021 opening: “The Jewish people and their history have always held a special place in my heart.” He noted that he had met every Israeli Prime Minister since Golda Meir, and had “formed friendships with and learned from great Jewish leaders …these experiences continue to shape me as President of the United States.” Biden emphasized that “the United States and Israel are great partners and the bond…remains unbreakable.”

“The Museum of the Jewish People at Beit Hatfutsot,” says Shula Bahat,  CEO of Beit Hatfutsot North America, “is more than a Museum. It tells the ongoing, extraordinary story of the Jewish people, connecting its roots and shared Jewish identity. The mission has not changed,” she says. “Continuity is important. ANU is a museum and much more. It’s a kind of ‘cool’ way to enhance our education, our Jewish identity and our connection to the Jewish people.”

Shula spoke with Jewish Views about a very special gift received by the Museum. The CEO traveled to Washington. D.C. to meet with  Justice Ruth Bader Ginsburg, who, only months before her death, presented the Museum with one of her “statement collars,” a gift to the Jewish people, to be displayed at ANU. Her elaborate collars were the iconic Justice’s signature accessory throughout her years on the United States Supreme Court.

A virtual opening event gala, appropriate in the time of COVID, introduced the Museum to its supporter community. Under the auspices of  the American Israel Friendship League (AIFL), the event also welcomed a wider audience to the Museum’s Tel Aviv University campus. During the program, Orit Shaham Grover, ANU’s Chief Curator, detailed the “conceptual pillars” upon which the Museum’s content is built. “The approach,” she explained, was “pluralistic – a celebration of life, a ‘Hallelujah’ instead of a ‘gevalt!’” In curating the exhibits, she noted “we have a big bazaar. We tried to set aside our individual  prejudices in order to include more cultures – it’s an opportunity to learn.”

Grover described the museum’s “three wings.” The first is dedicated to the “Contributions of the Jews to Humanity;” the second, “The Journey,” portrays the “unique story of the Jewish People in Israel and throughout the world.” That exhibit covers both the Golden Age in Spain and the development of the European Talmud.; and the third comprises a study of Judeo-Christian values examining “The Bible and its Role in Our Life – the art and culture of a civilization.”

A highlight of the “new” Museum is an exhibit retained from the “old” one: The Alfred Moses Family Synagogue Hall featuring twenty one intricate models of historic synagogues – most, now, only memories. This exhibit, and a second, Heroes – Trailblazers of the Jewish People, a children’s interactive exhibition, have both been refurbished, renewed, and updated.

“The museum gathers material from everywhere Jews have been or are still,” notes Director Dan Tadmore. “From the ‘disappeared’ communities of Europe to the emerging Jewish communities in Africa.” Through the museum’s Culam (unity/all of us) program, every community is invited to include its materials and information. “The Museum is a means to an end – to tell the story, using modern forms of expression….Initially everything was a replica – that was forward thinking in the 70’s.”

“We not only look through a lens of celebration… The Jewish people have never been stronger, more confident, clear and successful…we all need to work on making our strength of belonging – it won’t happen by itself.”  On a typical day at ANU, groups of soldiers pass by visiting Chinese tourists, school classes listen intently as a skilled docent explains a module display, while Israelis of every age follow a point by point audio guide. “The short answer,” says Tadmore, “is we’re for everybody…a place where anybody, from any background, feels at home.” And, he added. “not  only Jews!”

Beit Hatfutsot has a vibrant international presence, established through its traveling exhibits. An example, Operation Finale – the story of the capture of the Nazi murderer Adolph Eichmann, has toured for six years.  “Now,” said Tadmore with a chuckle, “the Mossad wants its stuff back.”

The Director told JV that “individual identification with ‘the story’ is an extraordinary opportunity.”  The Museum’s forty year old (1978) Core Exhibit had grown “dated and outdated,” and has “been fully redesigned.” The name change, he said, was “part of the renewal process.”

Tadmore notes that the Museum’s five galleries, including a new wing opened in 2016, attracted over 600,000 visitors to its changing exhibitions. “The new wing is doing phenomenally well. It has allowed us to shut the core exhibit (for renovation). After 40 years, it needed a makeover….It had served us well.”

Asked about the integration of technology in the Museum’s exhibits, Tadmore said  “We tell the story differently this time around… to give voice to all Jewish people. To present with diversity in gender, ethnicity, denominations, and representation from all walks of life…Teams of academics, dozens of the best experts from all over the world were involved. The space was designed by Washington DC based Patrick Gallagher, world renowned for museum design.”

Plans alone, however, do not a Museum make.  Raising the required funds – 100 million dollars – was a substantial challenge. “The great advantage was that we had the building. We didn’t have to build, just redesign everything in it!”

Asked more about the impact of technology, Tadmore told Jewish Views “technology is just a new way of distributing information. The day you open, you are implementing something already two or three years old. It does not supplant the story…The Museum will have a great deal of interactive  and video components, hands-on physical activities and many artifacts.” He noted that “in 1978, Beit Hatfutsot was famous for being a museum with no objects. It was revolutionary.  “For a large part of Jewish history there are no artifacts,” he reminded.  “The founders would not let the availability (or non-availability) of objects dictate the story. “We have no vault,” he said, with a bit of humor. “With most museums, ninety percent of what they own is in the ‘vault,’ we have no ‘collection.’ Our approach is to use an object only when it helps to tell the story.”

Tadmore values the impact of now having things that have touched history. “Artifacts can be expensive,” he reminded, expressing gratitude to the  benefactors who have helped ANU acquire “the things we need.”  “We welcome every assistance. The real object has an aura, a magic.  We cannot go back in time, but we can have an object that was ‘there’ when history was made.”