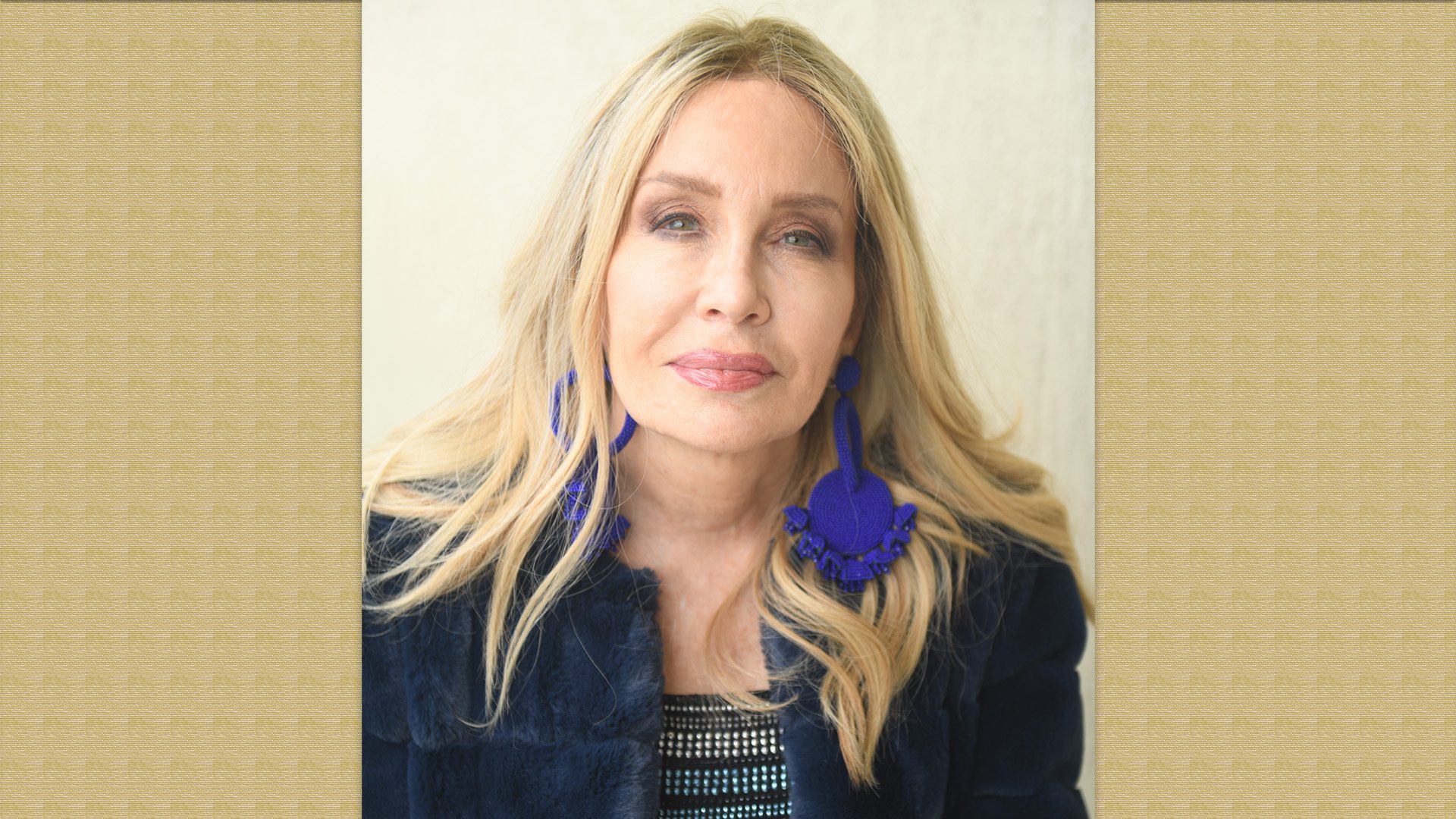 Tobi Rubinstein lives a multifaceted life. The frum fashionista has found a way to balance Torah and tachlis (reality), tradition and temporal. Her recently published memoir, House of Faith and Fashion, explores the balance between the material and the spiritual, cataloging her personal journey including her triumph against stage IV cancer. “My book,”  she told Jewish Views, “began as a series of inspiring conversations about the balance between the material and spiritual world. My faith in G-d is the golden thread stitching together all my successes.”

Tobi Rubinstein – mother, wife, former Rebbetzin, and, in 2012, at age 54, ordained as a Rabbi – is an Orthodox Jewish woman, fashion icon, and international socialite. She weaves together threads of faith and of fashion to create her unique fabric – adding a flash of “secular sequins” to the strong fabric of Torah and Talmud, wrapping colorful silks and satins around the essential weaves of faith to create her vibrant cloth of color and commentary. Throughout her journey, faith has always been her guide.

For Rubinstein, fashion and faith are complementary resources. She considers fashion a “righteous art.” “Think about the garments of the High Priests. G-d was the original designer, directing the creation of the most ornate garments ever made – the most elaborate outfit and jewelry ever designed.   Bezelel, the Biblical architect and designer was inspired/instructed by G-d, the first couturier (designer) at the atelier (design workshop) of Leviticus.”

Tobi was born in East New York, the storied Brooklyn neighborhood where her grandfather led his own shtibel. “I have wonderful memories.” Four years later, her upwardly mobile parents moved to Kew Garden Hills in Queens. As a child, she was noted – or, perhaps, notorious – for her “very creative interpretation” of her  Bais Yaakov uniform into something sleek.

Tobi wants to teach. “Torah,” she believes, “provides a pattern for life.” 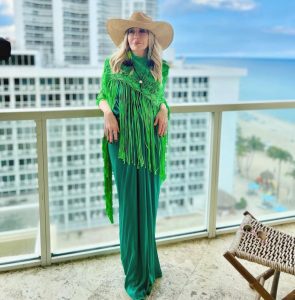 From Queens, Tobi journeyed to Lansing, Michigan as a law student’s wife at a Big Ten university. Of her first marriage, she says “we simply grew apart. I was concentrating on my career. What I wanted was not what he wanted.” Then, suddenly, there was no career.  “Maan tracht und Godt laucht” (man plans and G-d laughs),” she muses. Her company went bankrupt.

Tobi had attended FIT (Fashion Institute of Technology) but says “my real education was from work and career. I came back to New York and crossed the street from FIT to get a job in the heart of the garment district.” As a great introduction to brand management, she joined a private label  manufacturer and learned a “totally different mindset than mom and pop manufacturing.” The frum fashionista’s innovative style was expressed in associations with major brands including Victoria’s Secret, Ecco, JCPenney, and Jennifer Lopez. Tobi created the mass market menswear brand Ched-da, (“cash”) a  designer foray into marketing plans created for Kmart.

Tobi remarried in 1990. Lola, her only child, was born in 1994 – “the greatest, most fulfilling gift G-d has given me.” Baby Lola sat on her mother’s lap as Tobi designed Nicole Miller’s children’s collection. “She had more faith in me than I had in myself!” Her love of fashion blossomed. “We had incredible credibility” –  but the marriage did not survive.

With her third marriage, Tobi became a Rebbetzin in fashion focused West Hampton. Laughing just a bit, she recalls “every week another outfit and another pair of Manolas!…you’re in or you’re out – very much like a high school lunchroom. You can float from one clique to another and have a very good season. However,” she warns “you can fall from grace in a New York minute.”

Though that marriage ended, “I still  have the most incredible relationship with Donna Shneier, my former  mother-in-law.” She is now married to Philipe,  a wonderfully supportive Argentinean-born attorney.

Tobi wants to teach. “Torah,” she believes, “provides a pattern for life.” She acknowledges that studying for the rabbinate was controversial. She says “many women, from secular to Satmar, come to speak with me, knowing what I was able to overcome and still become more religious.” Her personal version of kiruv (bringing Torah Judaism to secular Jews), is to encourage others. “The hat or the wig or the scarf – whatever is on the head does not matter.”

“Faith is so often challenged. Talking to a male rabbi may not be comfortable.  Women need to talk with more depth. They need to survive, to re-energize, to not lose faith, no matter whatever the circumstances.”

Tobi has been – and is – a fashion forerunner. She weaves together style, substance, and faith within the selvage boundaries of Judaism’s varied wardrobes. 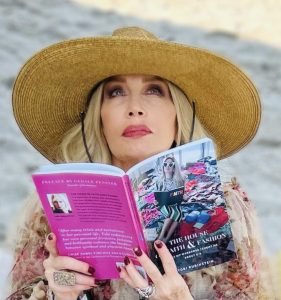 Rabbi Tobi “balances being a fashionable ‘beauty queen’ with the responsibilities of being a spiritual leader” shares fashion designer and friend Loris Diran. She has worked with Nancy Spielberg’s Children at Heart, and was a board member of Chabad Children of Chernobyl charity. In 2009, Tobi was named Share Tzedek Hospital’s Woman of the Year, and has served on the Host Committee of the American Friends Division of the Rabin Medical Center.

Tobi told Jewish Views “forty years later, I feel like sort of a very glamorous cicada, arising from a time capsule. I can’t tell you I didn’t go through hell, but I came out the other side, and redefined myself. I live in two worlds — fashion and religious. I would never want to be in just one – it doesn’t have to be either or.”